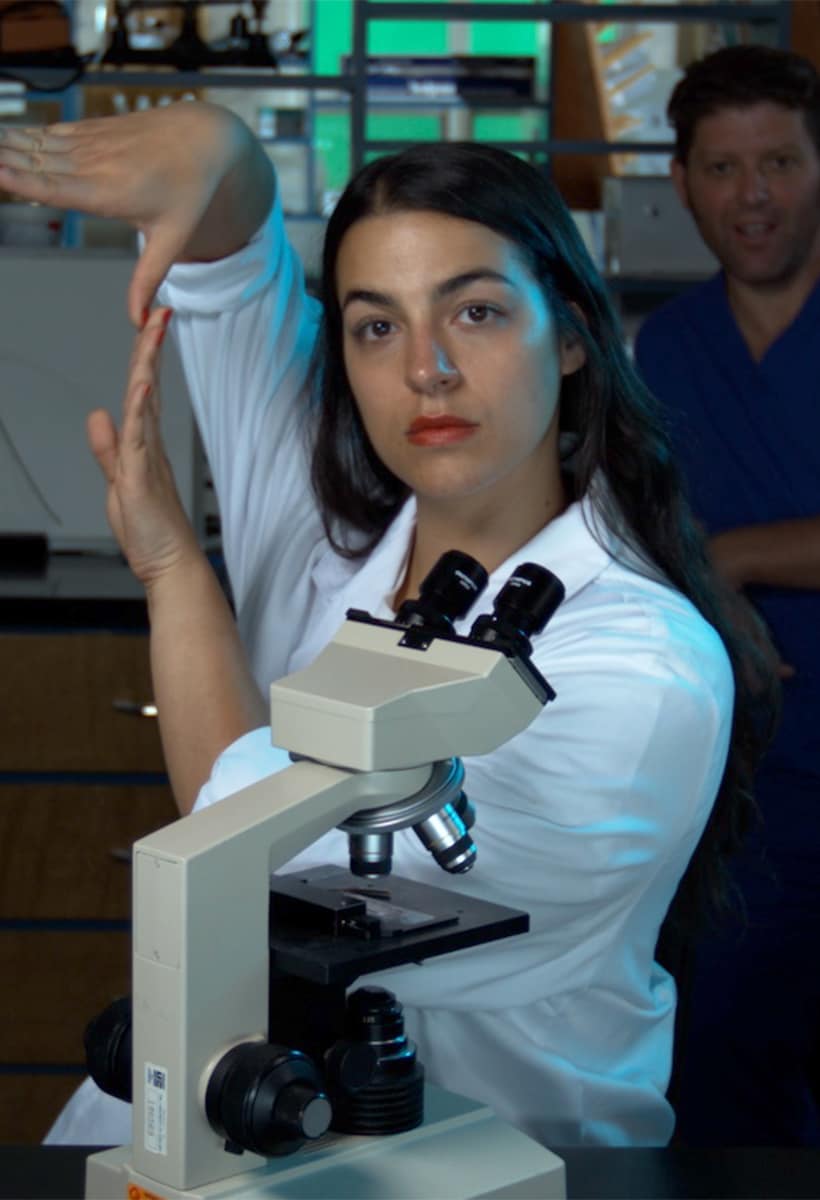 Pirelli HangarBicocca dedicates a great solo show to Neïl Beloufa. Strongly influenced by the world of the web, by videogames, by reality TV and political propaganda, the artist's research reflects the contemporary world – in some cases, even anticipate it – often addressing its most pressing and problematic issues. His works, through films, videos, installations and sculptures, offer vivid representations of society and how it is mediated by digital interaction

Pirelli HangarBicocca, Milan, from February 17, 2021 to July 18 (exhibition dates may be subject to change)

Presented by Pirelli HangarBicocca, Digital Mourning is the first major solo exhibition in Italy by the Franco-Algerian artist Neïl Beloufa, a keen observer of our times capable of offering vivid representations of the world through films, videos, installations and sculptures. Avoiding direct judgements and forceful declarations, Beloufa successfully conveys a reality that, in its subtlety, is often awkward to behold, focusing on highly topical issues such as power relationships, the technological control, the perils of data collection, as well as on a possible collapse in the management of a pandemic. 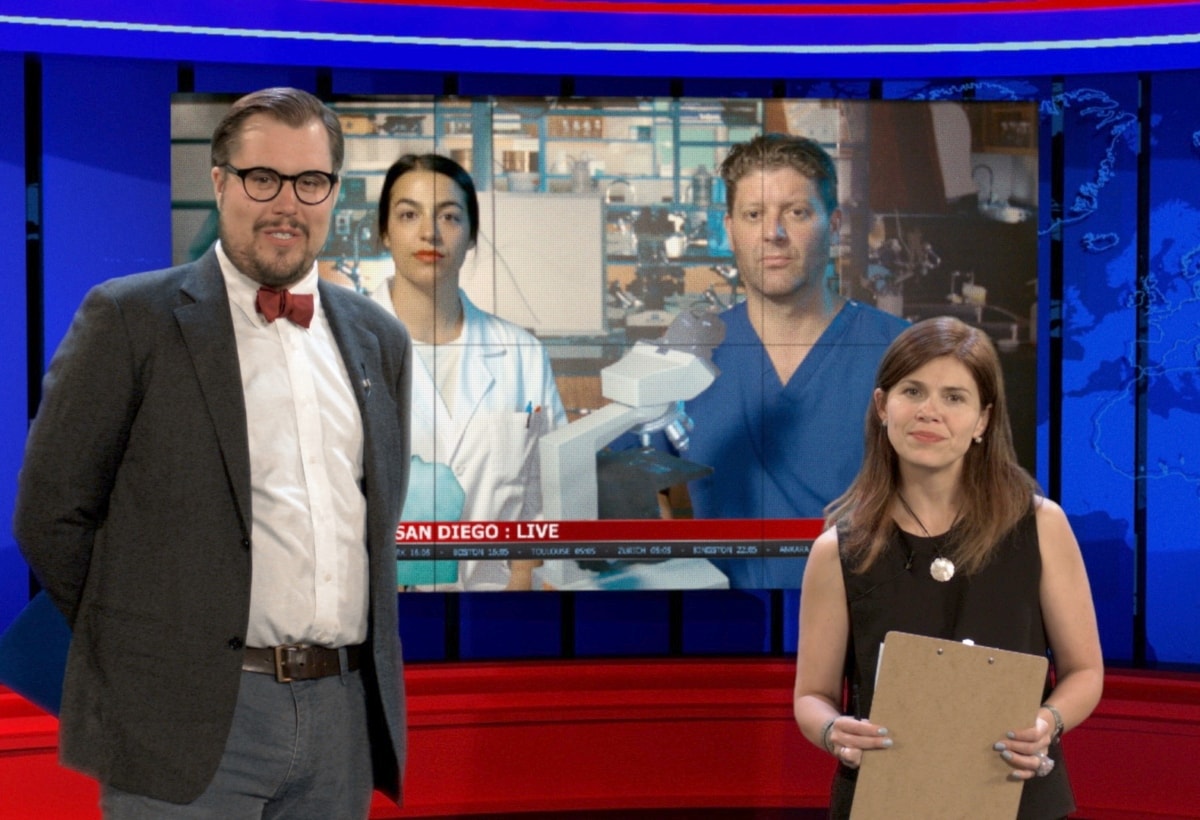 3
Courtesy the artist, Bad Manner’s, Kamel Mennour, François Ghebaly, Mendes Wood DM, Zero… - Neïl Beloufa, Screen Talk, 2020 (detail). Website with a mini-series, from video Home is whenever I am with you, 2014

Neïl Beloufa (b. 1985, Paris) is one the most powerful voices of the generation of artists born in the 1980s. His artistic research focuses on contemporary society and on how it is represented and mediated by digital interaction, often with the aim of exposing the control mechanisms that have become rooted in our daily lives. In his videos, feature films, sculptures, and technologically complex installations, Beloufa plays on the viewer’s sensory experience, inviting them to reappraise their own beliefs and stereotypes. He addresses present-day issues that range from power relationships to digital surveillance, to data collection and nationalistic ideologies, to identity and a post-colonial understanding of the world.

Neïl Beloufa’s work is strongly influenced by the world of the web, by videogames, by reality TV and political propaganda, using the vocabulary of the information age to lift the lid on the value system of a society permeated with digital technology, where everything, from food choices to human relationships is established on the basis of an algorithm. In this process, the artist refers to himself as an editor, an assembler, who puts together information that already exists only to break it down again and show us the outcome without making any moral judgment.

His aim is to bring about a short-circuit within normal settings, to throw off track assumptions that are commonly accepted as true, and to restore the viewer’s freedom to create new relationships and personal meanings. The viewers thus find themselves inside immersive installations that convey a fragmented vision of reality, a universe inhabited by pop-ups and live CCTV networks that are designed to reveal both the freedom of an apparently random system and the degree of control that underpins it.

The great present-day relevance of Neïl Beloufa’s work is evident in his production process as much as in the scenarios he creates. His works are entirely realized in his studio, with the aim of creating an alternative model of economic sustainability based on a sharing of skills. This collective powerhouse creates works that closely reflect the contemporary world and, in some cases, even anticipate it, often addressing its most pressing and problematic issues.

This is the case of Screen Talk (2020), an experimental project that transforms a video, Home Is Whenever I’m With You (2014), into a web series. In the video, the artist imagined a global pandemic and the race between competing medical laboratories to find a cure. This scenario, which he made up in 2014 as pure fiction, has taken on a completely new meaning today, being now enriched with references to how human relationships and communications have been transferred almost entirely into digital form.

Digital Mourning, curated by Roberta Tenconi, stems from a reflection on the current times and on the concept of life in our digital world. Right from the title, the exhibition alludes to one of the most striking paradoxes of contemporary society, which is the existence in a technological world and its parallel disappearance. The association of the two words – “digital” and “mourning” – comes about in the encounter between an artificial world and the absence of life, in a dimension in which life itself is simulated by means of models specially created to understand its true essence.

Playing on a combination and intermingling of genres, Digital Mourning is a complex new multimedia installation conceived specifically for the space of the Shed at Pirelli HangarBicocca, presenting, at the same time, a retrospective of Neïl Beloufa’s video works. The exhibition consists of a wide selection of films and video works that retrace the artist’s career, few of which are projected inside multimedia installations originally designed for them by the artist. Together, these form part of a computerised activation and re-editing system that abolishes any hierarchy between the different types of information.

Resembling the scenario of an amusement park, the space embraces a large selection of works, including the artist’s most relevant installations and walk-through sculptures. However, mimicking the current state of affairs, it is forbidden to use the ‘attractions’ and the exhibition appears to come alive only through a series of narrative voices. In presenting the works and explaining the viewers what to see in each area, the narrators introduce and discuss different positions, from utopian aspirations to the opinions of the youngest generation.

While making a new total artwork out of former works, the exhibition is as well adapting the way we consume culture these days, for example by playing with the flux of information and the attention span standard viewers have or by providing links to watch films directly at home.