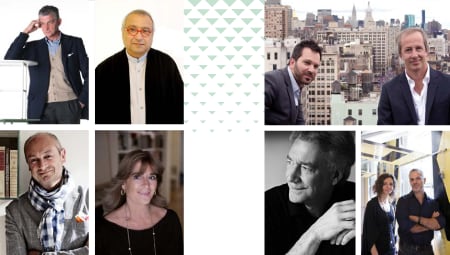 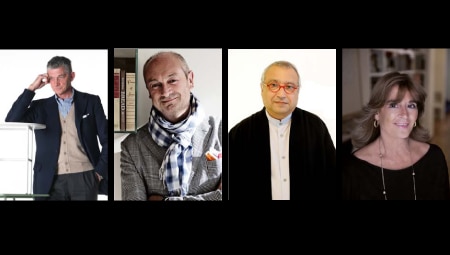 Giulio Cappellini was born in Milan in 1954. In 1979 after taking a degree in Architecture, followed by a Masters in Business Management, he joined Cappellini, where he initially focused on its corporate image before taking over the company’s management. Giulio Cappellini personally handles the image and products of the Cappellini brand, not only in his role as Art Director but also as a designer. Many Cappellini products can be found in the permanent collections of the most important contemporary art museums worldwide. He was recently selected by Time Magazine as one of the ten global trendsetters in the field of fashion and design and as ambassador of excellence of Italian Design.

In 1986 Piero Lissoni (1956) and Nicoletta Canesi founded Lissoni Associati, a multidisciplinary architecture, interiors and design firm based in Milan, followed by the visual communications company Graph.x and later by the firms Lissoni Architettura and the New York based Lissoni Inc., dedicated to interior design projects in the US, Canada and South America. Among its clients: Alessi, Alpi, Boffi, Cappellini, Cassina, DePadova, Fantini, Flos, Glas, Kartell, Knoll, Lema, Living Divani, Lualdi and Porro. The studio is currently developing projects worldwide: the Oberoi Resort Al Zorah in UAE, 2 towers for the Swire Hotel Group in Shanghai, waterfront condos and villas for The Miami Beach Ritz-Carlton Residences, private residences in Chelsea NY, Amsterdam and Tel Aviv.

Nasir Kassamali, originally from Kenya, though of Indian descent. His foresight and passion for design have made Luminaire a leading messenger for international design in the United States. With Nasir’s guidance, Luminaire’s locations in Miami and Chicago have become legendary for tirelessly and consistently premiering the newest and finest in international design. He and his wife Nargis were inspired not only by the exceptional quality and refined aesthetic of European design, but also the sophisticated awareness of its dialogue with human life. During the last years he received many awards as most recently in 2015 the renowned Game Changers Award by Metropolis Magazine.

Gilda Bojardi, editor in chief since 1994 of the magazine Interni, published by Mondadori, and of all the publications of the INTERNI system. She is the creator of the FuoriSalone, the event that began in 1990, the Design Week that now brings over 450 events to the city of Milan every April. As a curator, she creates and organizes cultural events and exhibitions in many different countries. Since 2005 she is an Officier des Arts et des Lettres, a title issued by the French Ministry of Culture; in 2007 she received the Ambrogino d’Oro from the City of Milan for the creation of the FuoriSalone, and in 2014 the ITA Italian Talent Award from the Chamber of Deputies in Rome.

Italian Design Brands and US Market. The Opportunities

Among the most outstanding protagonists of Italian design, the speakers invited by Interni and Wanted Design will debate on the current perception of made in Italy in United States and describe the future scenarios and possibilities of one of the biggest world wide markets, providing remarkable insights from their privileged point of views.

Comparing experiences and opinions on the impact of Italian design in the American market, the distribution and its criticalities, the evolution of brands and the great opportunities. 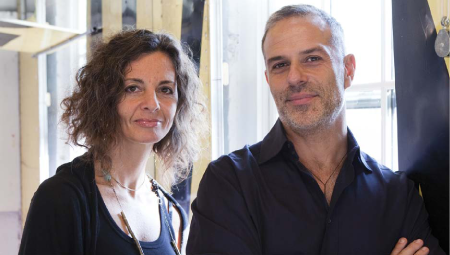 Lot-Ek is a design studio based in New York founded in 1993 by the italian architecs Ada Tolla and Giuseppe Lignano.

The studio has been involved in residential, commercial and institutional projects in the US and abroad, and has conceived and executed exhibition design and site-specific installations for major cultural institutions and museums including MoMA, the Whitney Museum, the Guggenheim and the MAXXI.

Lot -Ek has achieved high visibility in the architecture/design/ art world for its sustainable and innovative approach to construction, materials and space through the upcycling of existing industrial objects and systems not originally intended for architecture.

Their sustainable approach to construction through upcycling has been the basis of structural projects at all scales, as they are committed to ecologically responsible and intelligent methods of building.

To that purpose, the studio leverages the technological properties of existing industrial objects to create architecture. Beside heading their professional practice, Ada Tolla and Giuseppe Lignano lecture at major universities and cultural institutions throughout the US and abroad.

For the INTERNI International Design Appointments, the studio will present a selection of recently completed projects that test and implement ideas of reuse and upcycling – from single family homes, to residential buildings, retail stores and cultural venues. 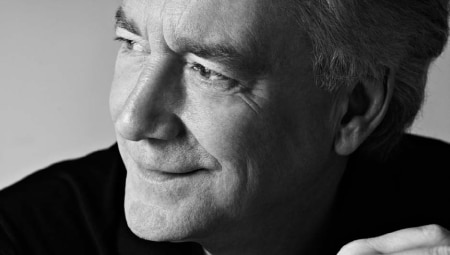 “Bringing Hospitality to the Home”

Over the last twenty-five years, Jeffrey Beers’ work has set a new standard for the field of hospitality design. Through thoughtful planning, design innovation, and an incomparable synthesis of architecture and craft, he has created gathering spaces that transcend trends. Jeffrey had a more immersive fine arts experience while an architecture student at the Rhode Island School of Design.

Jeffrey’s interest in the relationship of architecture and glass led to an IIE/Fulbright scholarship in Brazil. While there, he worked with the celebrated Brazilian architect Oscar Niemeyer, whom Jeffrey credits with opening his eyes to the world of color and form.

Upon returning to the US, Jeffrey had the honor of joining the New York office of preeminent architect I.M Pei, helping to develop the design for the acclaimed Raffles City complex in Singapore and becoming fascinated by the dynamics of hotels and social spaces where people come to dine, celebrate, or be entertained.

In 1986, he founded his own firm, Jeffrey Beers International (JBI). Since then, his firm has been consistently recognized for its outstanding work and in 2000 Jeffrey was inducted into Hospitality Design’s Platinum Circle.

The conversation focus on an overarching theme of hospitality in new luxury residential design by presenting Jeffrey experience designing for some the world’s most celebrated chefs and how this has influenced the way in which he approaches kitchen design.

Along with an examination of how Italian design has impacted American architects, Jeffrey will talk about the importance of making the kitchen the heart of the home, and how a detailed, thoughtful layout can create a space that fosters conversation among family and friends. 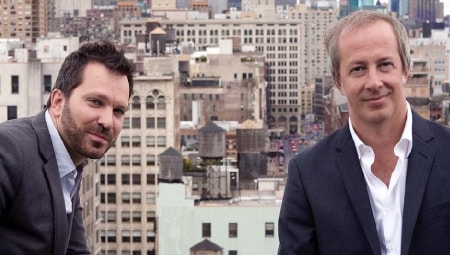 By applying their European sensibility to sophisticated projects for strong personalities the duo achieved what has been described an aesthetic of understated luxury. Their style is more of a sense: that of calm and warmth, evident only in the delicate interplay of space and light.

Alternating private residential projects with retail branding has helped to establish a very unique approach that brings together elements of both worlds creating unique and unexpected solutions.

The firm recently completed the first campus of the new global independent school network, Avenues, on Manhattan’s West side by the High Line park and is currently working on the new headquarters for Pace Gallery in Chelsea.

The contribution focuses on four residential projects that illustrate how the relationship between site and client generates the structure of the design.