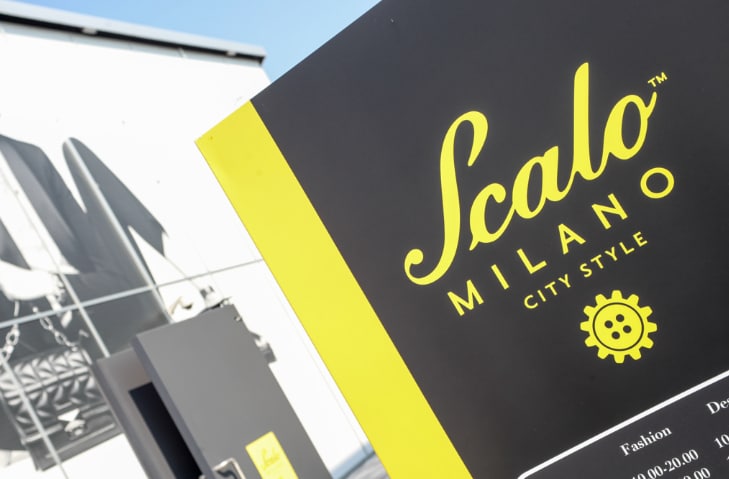 The role of design in the sector of retail and digital technologies for new forms of product distribution were the central themes of Retailer Day 2017, with the title “Design Retail Innovation” organized by CNNC at Scalo Milano in Locate Triulzi on Thursday 22 June.

The location represented a strategic and emblematic choice, sending a precise message: Scalo Milano, the biggest Design District in Europe, is the first case in Italy in which design enters a mall that combines the appeal of design, fashion and food.

The first part of the one-day program, in collaboration with the magazine Interni, focused on the world of design and its various distribution channels, narrated in talks by many protagonists of Made in Italy.

After the welcome by Roberto Folgori (president Commissione Sviluppo Retail CNNC and member of the board of Dedem Automatica), Filippo Maffioli (president of the Commissione Factory Outlet CNCC and CEO of Promos Group), Senator Vincenzo Gibiino (president of Ferrari Club d’Italia) and Gilda Bojardi (editor of Interni) – who all agreed on underlining the way the retail sector is developing positive energy today, making innovation an added value and creativity a must, especially in the field of design – Mino Politi (CEO of Webmobili) introduced the session.

The three-way debate moderated by Politi, with Carlo Maffioli (president of Promos Group and Locate District), Emanuele Orsini (president of FederlegnoArredo) and Massimo Moretti (president CNNC, Head of Retail Beni Stabili SIIQ, brought out the role of Milan Design Capital (the week of the Salone del Mobile and the FuoriSalone attracted about 340,000 persons to the city this year), in a potential design market that is still waiting to be conquered. The discussion focused on the importance of experimentation and innovation as the high road of retailing, and the stimulating, complex possibilities for innovation, creating a system of brands in a community like Scalo Milano that brings three worlds together (design, fashion and food) and can have potential for export. The speakers agreed that design is above all culture, which is why it can become a factor of competitive advantage to respond to the needs of clients.

The One to One between Luca Fuso (Chief Brand Officer of Ferrari) and Marco Boglione (Founder and Chairman of Basic Net Group), moderated by the journalist from Sole24 Ore Paola Dezza, underlined the importance of new technologies (web, social, e-commerce), of consumer loyalty, the spirit of belonging with respect to the brand, and experiences of co-branding.

To close out the morning session, the conversations between designers and design entrepreneurs, moderated by Mino Politi, revealed the variety, the “biodiversity” of design, pointing to elements of productivity for the sector. All translated into: long-term strategies, technological know-how, creativity and corporate lifestyle according to Federico Luti (Sales Manager of Kartell); the figure of the designer-entrepreneur and product identity (Stefano Giovannoni, architect/Qeeboo); development, growth and targets (designer vs end user) of the monobrand outlet (Giulia Molteni, head of Retail, Marketing and Communication of Molteni&C/Dada); a new model of cooperation between crafts companies, small brands at the basis of the future of Made in Italy (Giulio Iacchetti designer/InternoItaliano); monobrand vs multibrand and the need to widen offerings (Roberto Cazzaniga, Project Manager Flagship Store Interni); mixing of home and contract sectors, offerings of products and services (Claudio Feltrin, president and CEO of Arper).

The second part of the program presented a series of interesting case histories.