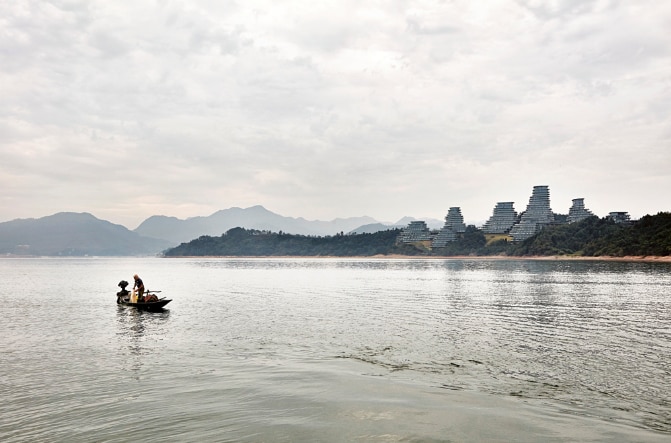 Is it possible to talk about Italian design and China, getting beyond the usual debate on counterfeit goods? We’ve tried to do just that in this issue presented in Shanghai for the second Chinese edition of SalonedelMobile.Milano, from 23 to 25 November.

Because if the best names in furnishings from our country have more than doubled their participation at this event, it means that China represents an increasingly important territory. And not just in terms of sales.

Chinese culture and imagery have always inspired European artists, even in the distant past. A voyage through the projects of various designers, from Marcello Piacentini to KonstantinGrcic, demonstrates that this influence has at times become a stimulus for methodological reflections on the relationship between the logical structure of furnishing objects and their formal beauty.

At the same time, a focus on the work of some of the protagonists of new Chinese design shows that these designers have reached full expressive maturity, capable of combining the abstract and the figurative in an autonomous, original language.

After all, the statistics and analyses of the market tell the story: China is being transformed and evolving at a record pace, also in terms of tastes and cultural attitudes. Young Chinese people are traveling more and more, getting to know and appreciate Europe and Italy. They have learned to recognize the values that set the Italian tradition and its manufacturing excellence apart.

The idea of luxurious living is also gradually opening to a concept of wellbeing that goes beyond mere ostentation.

So the encounter between China and Italian design is possible and should be encouraged, with an outlook of mutual interaction and enrichment