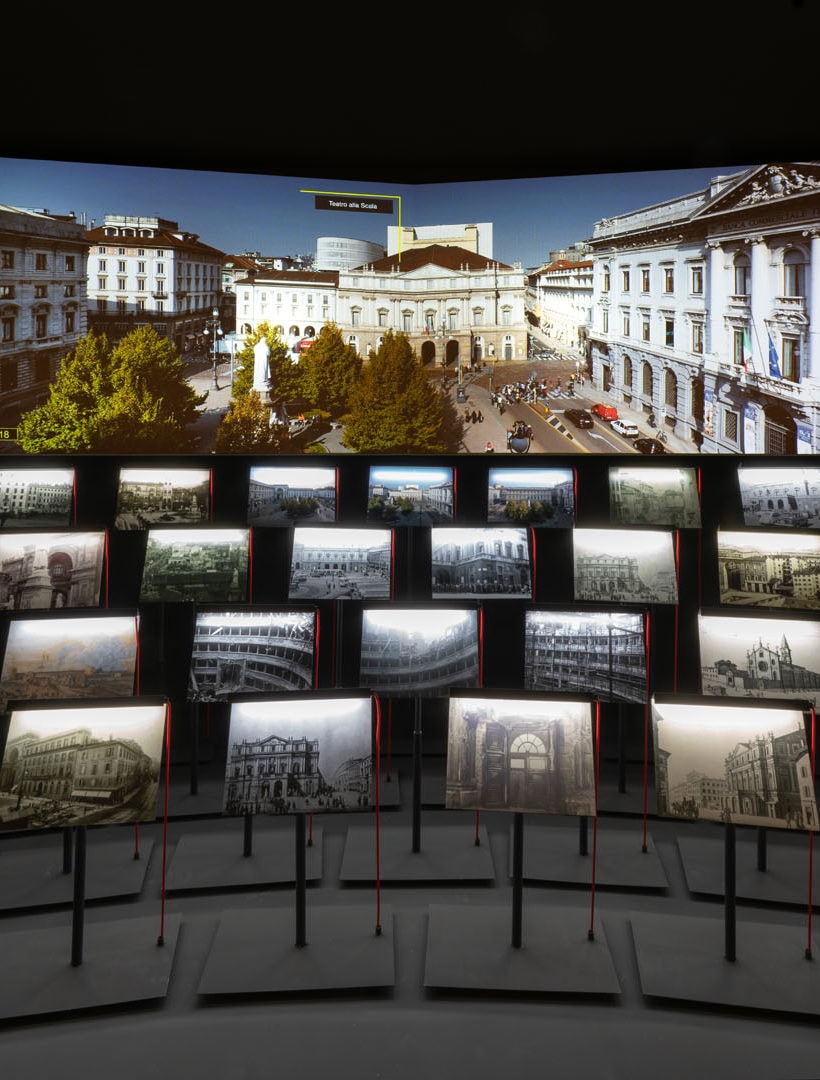 An exhibition on 240 years of architectural history of Teatro alla Scala, from Piermarini to Botta

The exhibition La magnifica fabbrica – 240 years of Teatro alla Scala, from Piermarini to Botta, curated by Fulvio Irace and Pierluigi Panza, illustrates the architectural history of Teatro alla Scala. The show narrates the growth of a theater that since its birth has been the mirror of the city of Milan and its transformations. From Piermarini to Sanquirico, Secchi to Botta, the history of La Scala intertwines with that of the city and the country, reflecting social and technological changes, all the way to the construction of the new building that will be made on Via Verdi in the coming years.

A theater of boxholders in solid stone, built after the fire at Teatro di Corte, the building by Piermarini welcomed a society in constant evolution, mirroring its development: the modifications of furnishings and decorations were followed by structural interventions to make it a facility on the cutting edge, also in technical terms.

The recent refurbishing done by the architect Mario Botta bears witness to the ability of the theater and the city to rethink roles in terms of function, to meet new artistic but also civic needs, keeping the right balance between constant renewal and conservation of historical-architectural heritage.

In the years to come Botta’s project will be completed with a building on Via Verdi that will provide new spaces for artistic, technical and administrative activities.

The exhibition, designed by Italo Lupi, Ico Migliore and Mara Servetto, takes visitors into the history of La Scala and Milan through many micro-histories that alternate in the various rooms.

The rooms of the Biblioteca Livia Simoni, on the upper level of the Museo Teatrale, present the historical evolution of the structure of the theater, while the Ridotto dei Palchi hosts a section on the more recent projects by Arch. Botta and the completion of his design.

For visitors, moving through the spaces of the exhibition is like entering the chapters of an enormous book. The rhythm changes and becomes theatrical in the room based on the metaphor of the orchestra: 30 music stands with images generate a dialogue with a large projection. A dynamic narration of the evolution of the theater and the piazza in front of it. In the Ridotto dei Palchi an impressive display completes the building on a scale of 1:75 in wood, showing all the innovations and transformations of the theater through the projects of Mario Botta.

The exhibition has been produced in collaboration with Intesa Sanpaolo and thanks to the partners Edison and Mapei. In the refurbishing and restoration of Teatro alla Scala, Mapei has provided products, technologies and technical worksite assistance, as well as the support of its research laboratories.

The catalogue of the exhibition is published by Treccani.

Here’s the teaser of the exhibition.