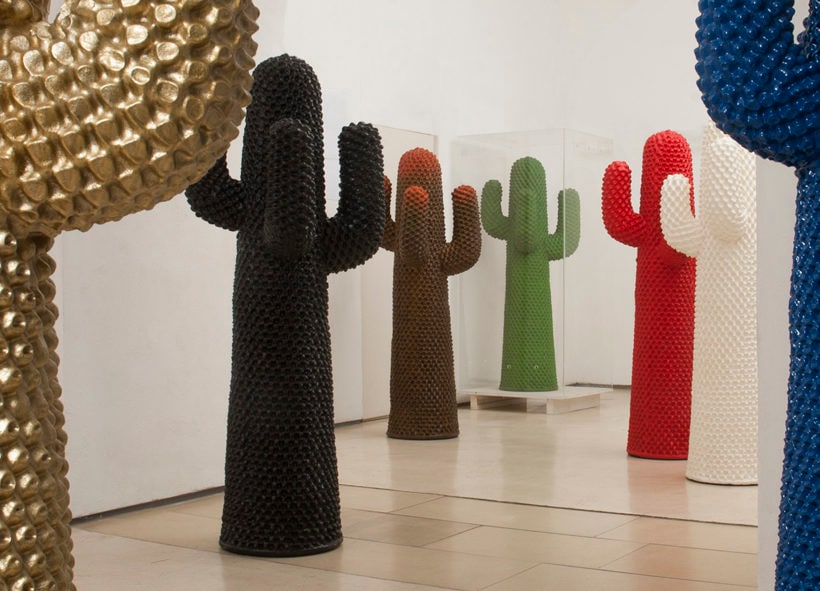 An exhibition of high points in the output of Franco Mello, a creator of contemporary design icons (like the Cactus coat rack designed in 1972 together with Guido Drocco for Gufram), but also a designer who has believed in the dialogue among the arts, like Fondazione Plart which hosts the show.

With display design by Felix Policastro, the show features the famous sculptural objects in expanded polyurethane produced for Gufram and Dog Design: they include the Incastro seat, the Erba table, the Cactus, in all its various editions, all the way to the Psychedelic Cactus of 2016 by the fashion designer Paul Smith, and the Suburbia, Mun and Mun Bis seats.