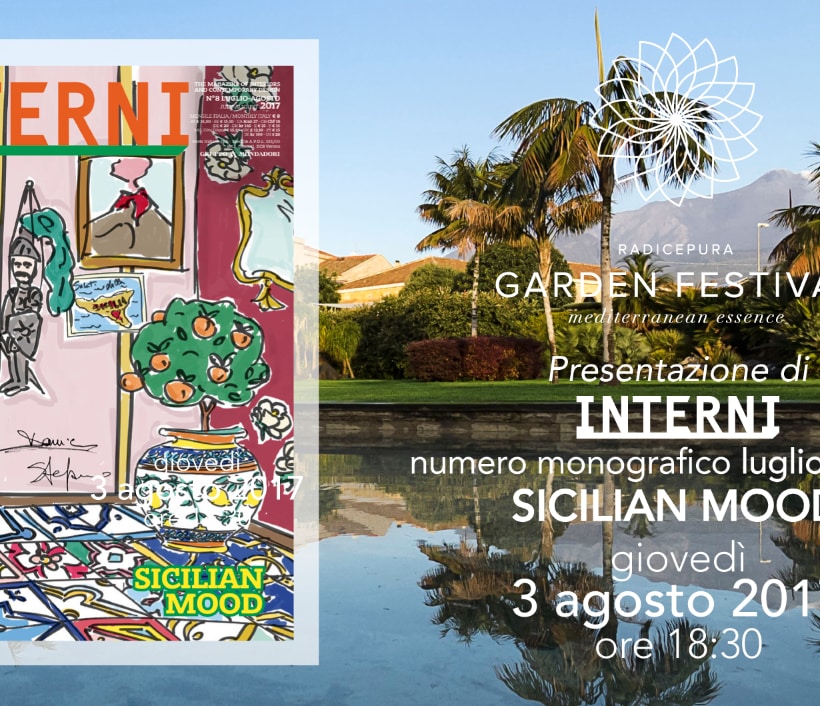 The July-August issue of the Interni Magazine devoted to Sicily will be presented on 3rd August at 6.30 p.m. in the Radicepura Botanical Garden in Giarre (Catania), in the framework of the Radicepura Garden Festival of the Mediterranean, the first Italian event devoted to garden design and landscape that will take place until 21st October.

Sicilian Mood is a monograph on design and architecture of the island. The drawing published on the cover has been expressly created by fashion designers Domenico Dolce and Stefano Gabbana, who have always considered this land as a great source of inspiration.

210 pages that propose a series of reflections on creativity, talent, ideas, new projects, the transformations of the production system in Sicily, taking into consideration both the great number of designers who have been successful outside their land of origin (from Giovanni Levanti to Francesco Librizzi, Vittorio Venezia, Gaetano di Gregorio) and training, projects and challenges in a territory with a potential still to be discovered (Accademia Abadir, MADE Program).

The presentation that will take place on 3rd August will see the participation of:

Alessandro Amaro, President of the Order of Architects Catania

Franco Miceli, President of the Order of Architects Palermo