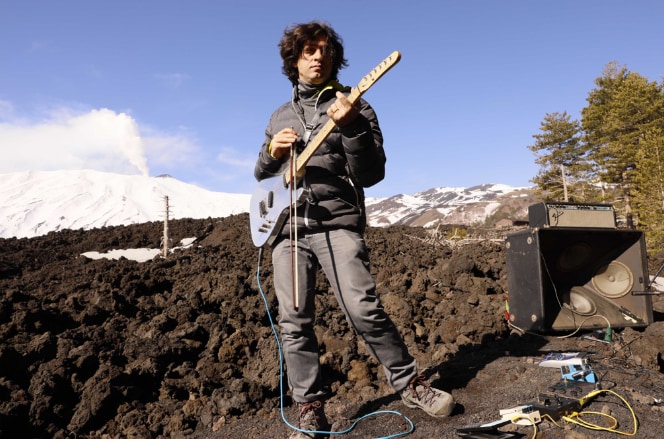 The term “harmonic tremor” indicates a physical-acoustic phenomenon that often accompanies volcanic activity, manifested through the release of seismic or infrasonic energy (very low sounds, below the threshold of human hearing).

The harmonic tremor of Etna, with its music that cannot be heard by the ear but is perceptible to human beings, can cause extreme and conflicting emotions like fear, peace, restlessness, revelation. This is the focus of the multimedia artist and composer Yuval Avital.