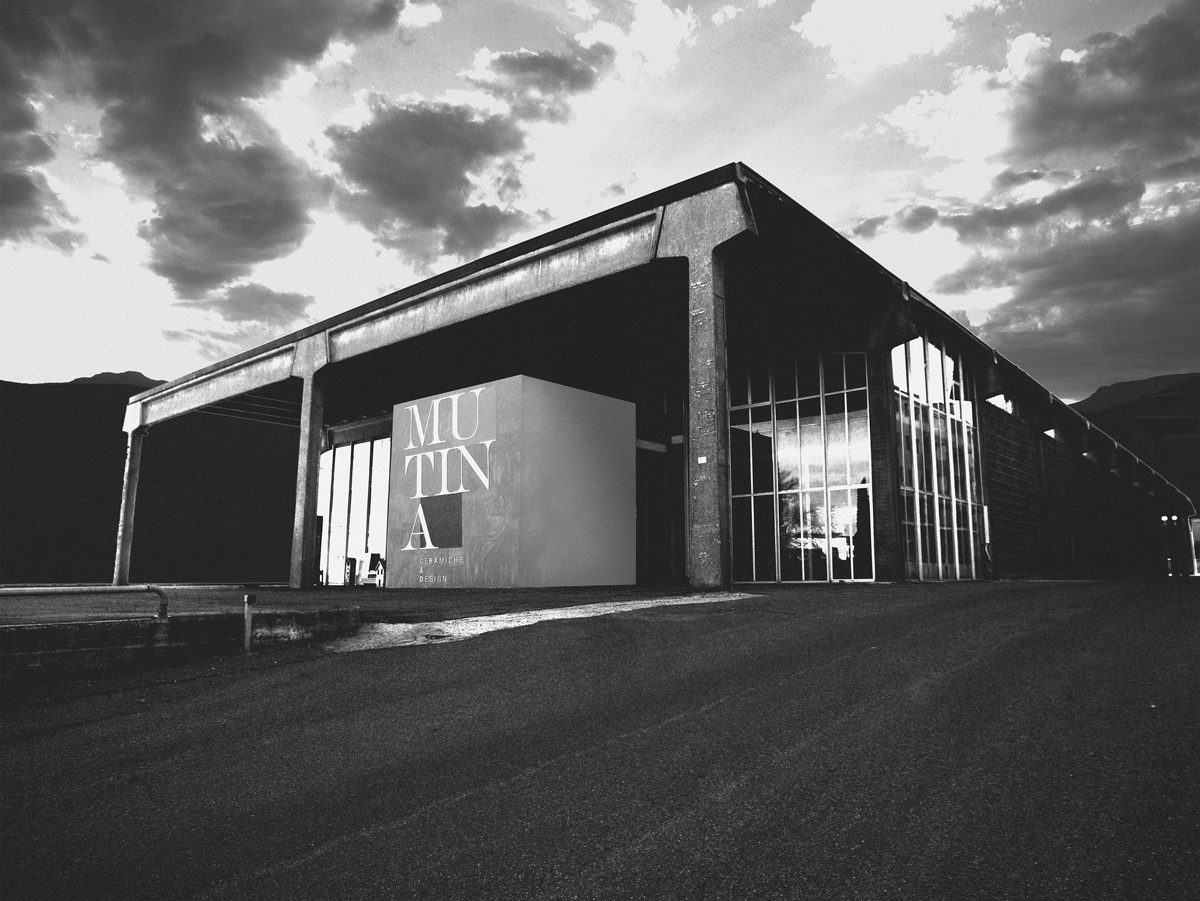 Mutina celebrates its first 10 years and rewrites its history with some new developments: a short film, the first ad campaign, a new website and activity on Facebook, Twitter and Instagram, the Mutina Journal, new collections and an opening to contemporary art.

Everything begins with an interruption is the title of the short film by the Spanish director Albert Moya in honor of this important anniversary. The company headquarters has personality and has influenced the entire look of the film, with that elegant but industrial early Seventies feel. The key to the coexistence of the architecture with the rest of the film is the choice of using black and white.

The new ad campaign reflects the brand’s values, narrating the 10 years of its history and a clear vision of the new artistic path ahead. For the celebration, the Dutch duo Scheltens&Abbenes have created three different architectural compositions of great visual impact to bring out the characteristics of the collections that have brought Mutina such great success.

Mutina Journal is not a normal blog or a container of news and events. It has been created as a true window on the world, a way to learn about curiosities for those who watch the company and those who know nothing about it, or about what it represents. The Journal will feature original content created by designers, photographic diaries, interviews with personalities from a wide range of fields, everything that catches the eye of the creative team.

Two new collections were presented in September: Rombini, the result of a second collaboration with the French design duo the Bouroullec brothers, and Numi, the first collaboration between Mutina and the German designer Konstantin Grcic.

From the choice of its headquarters – a building by the famous architect Mangiarotti – to that of its designers, Mutina has always focused on one key term: research. Constant research that starts with products and spreads to all the choices made by the brand. Last but not least, involving research in the field of art. The company is taking its first steps in contemporary art with the aim of developing special projects in collaboration with leading talents.