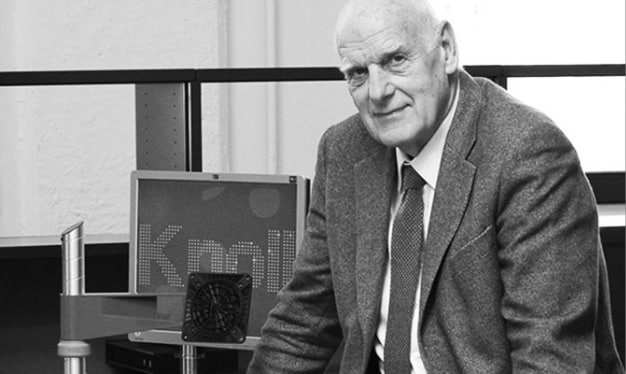 Richard Sapper, the German designer who worked since the 1960s in Italy (specifically in Milan), passed away on 31 December. He was the inventor of everyday useful objects in a minimalist style that have become icons of international design, winning many Compasso d’Oro awards: from the Doney television for Brionvega to the Grillo telephone for Siemens and the Tizio lamp for Artemide, just to name a few.

Born in Germany in 1932, Sapper began his career as a designer working for Mercedes-Benz, and then moved to Milan, where he worked with the architect Gio Ponti. He later entered the design division of la Rinascente and also worked for Telefunken and Lorenz.

In 1960 he began collaborating with the architect Marco Zanuso, a relationship that continued for many years. In the 1970s is was a consultant for Fiat, and starting in 1980 he was in charge of the design department first of IBM and then of Lenovo.