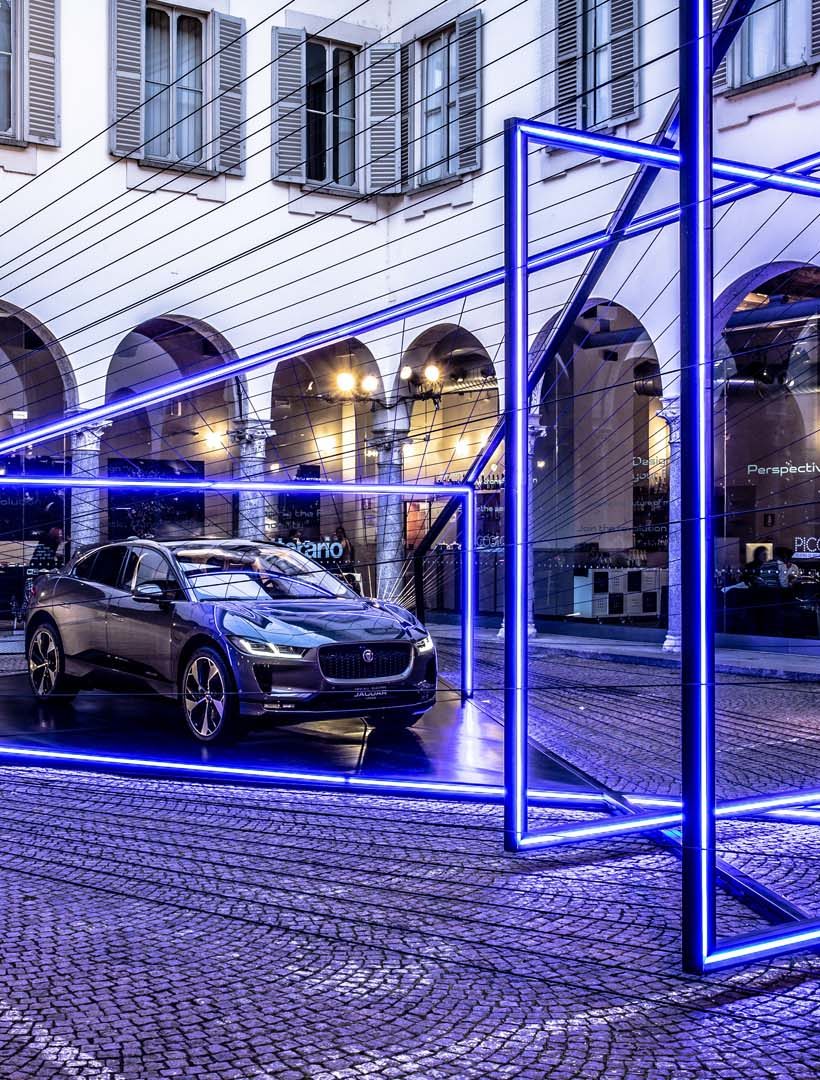 Jaguar and Land Rover at the FuoriSalone

Jaguar and Land Rover at the FuoriSalone

During the latest FuoriSalone visitors got a look at the Jaguar I-PACE, the fulcrum of the installation “Jaguar Electrifies: Future Perspective” at the Chiostro Nina Vinchi of the Piccolo Teatro of Milan, and the Range Rover SV Coupé, protagonists of the “Land Rover Bespoke Design” itinerary at Gattinoni Hub.

Range Rover SV Coupé was the protagonist of an itinerary on the bespoke spirit of Land Rover, in the year of its 70th anniversary. The historic British automaker presented a virtual experiential voyage that started from the metaphorical representation of the pioneering achievements of the brand and concluded with the maximum expression of peerless design, namely the new limited-edition model.

The central focus of the installation “Jaguar Electrifies: Future Perspective” was the Jaguar I-PACE. Games of light, essential lines and futuristic settings created a weave of perspectives to zoom in on the latest electric model from the Jaguar range, on view at Chiostro Nina Vinchi of the Piccolo Teatro in Milan.