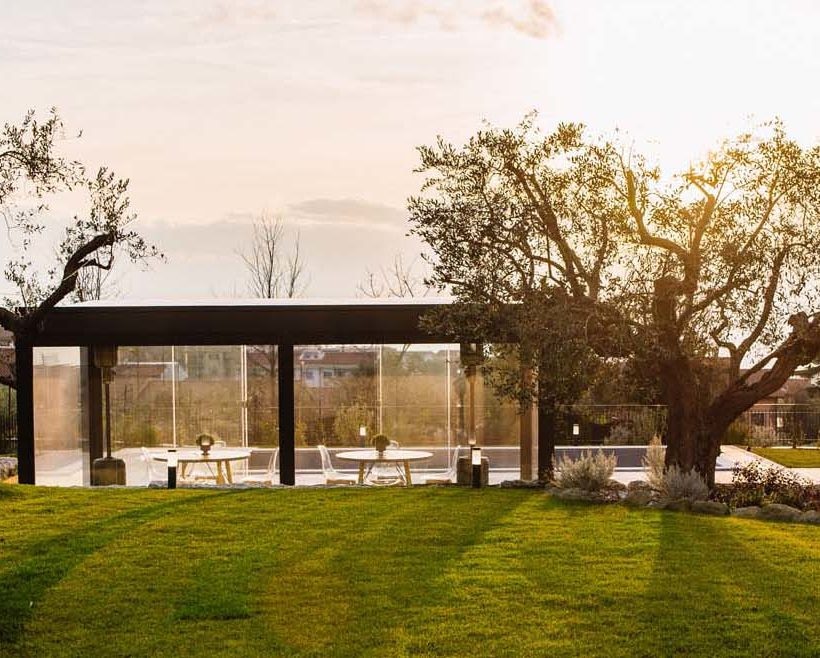 Kissed by the sun

Kissed by the sun

A pergola awning for a villa at Castelli Romani

A pergola awning for a villa at Castelli Romani

The zone of Castelli Romani is one of the favorite spots for a day trip near Milan, far from the noise of the city. The Isola 2 arched-roof pergola by KE can be seen on a house in this area, set aside as a place for ceremonies and receptions.

The client wanted to install a versatile structure that would make it possible to work in both cold and hot climate conditions. The structure faces a valley and is placed in front of a swimming pool, so it is exposed to the wind. The aim was to make a facility with a large open space, using as few upright supports as possible.

The solution calls for glass in the frontal part exposed to the wind, without structural posts; the rest of the structure has been closed with Vertika curtains for protection that does not compromise visibility, thanks to the use of transparent PVC.