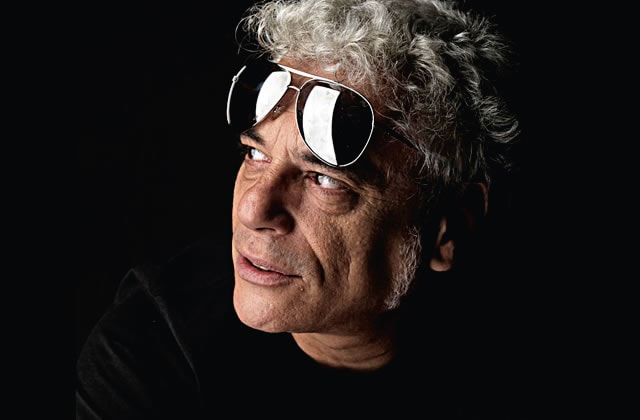 He died prematurely last February. Bruno Rainaldi learned his job by doing it. He had in-depth knowledge of the market and design products (from furnishings to complements to objects), and associated his initial ability as a dealer, exercised in Milan in the first High-Tech shop on Corso di Porta Ticinese and then alongside Maddalena De Padova in the historic showroom on Corso Venezia, with great sensitivity to the figurative arts in general, making him an attentive observer capable of making original associations, and an exceptional photographic art director.

After his debut with High-Tech and De Padova he went to work with Enrico Baleri, as a partner in Baleri & Associati, to develop communications strategies and commercial scenarios for design companies, creating – also for Baleri – peerless product catalogues. The direct relationship with the market and the public became a sort of personal path of formation that led to the future figure of Rainaldi the designer. His range of experiences in the design world combined curiosity and personal aptitudes, a passion for art (translated, for example, in to the relaunching of Dilmos in 1994 with the creation of Dilmos Edizioni, where art and design mix), managerial intuitions and a unique design language open to contaminations, far from any pre-set ‘truths’ and styles, capable of listening to human behavior, the modes of life and its changes. Profound knowledge of the rules of the market led Rainaldi, before working directly as a designer, to collaborate as artistic director with leading Italian design brands; Alivar, MDF Italia, Mussi Italy, Sintesi, Opinion Ciatti and Terzani are just some of the companies that made use of his strategic skills. At the start of the new millennium came the breakthrough in the direction of a professional choice more closely connected to design; the founding of Moco Extra Ordinary Furniture, a collection of furniture created by young designers guided by Rainaldi, and above all with the opening, with Marta Giardini, of the large space Entrata Libera (a space on design and its culture, for sales and events). These developments urged Rainaldi to move toward designing and inventing objects, furnishings, complements, lamps, applying the extensive experience he had gained in the sector.

Among the many pieces, the Ptolomeo metal bookcase, which won the Compasso d’Oro in 2004 and was then organized as a system of variations (the Ptolomeo Family), can be seen as the emblematic project of the design of Bruno Rainaldi. A bookcase that comes from observation rather than from a formal procedure, a piece of furniture that conceals its form to reveal that of the books it contains: the stacks of books and CDs everyone accumulates in the home in the points where they like to relax (beside the bed or the sofa, on the bathroom counter, on end tables in the living room) become the figure of the piece. The bookcase is like a column of stacked books, which make the metal support pieces disappear, conveying the impression of a chaotic stack created in an absolutely free way. Bruno Rainaldi wrote: “Stacks of books on studio tables, so many that you have to dust around them. Stacks of books on tables in the home, that have to be moved to set the table for dining. A pile on the bedside table or on the floor beside the bed. Books inserted in the free spaces on top of other books, confusing the order of shelving. Piles that are hard to manage, in form and content. […] In my house. In all the houses where books are considered nourishment, an indispensable part of life. To observe the stacks, to be fascinated by imagining them growing to a height that defies stability. To translate this fantasy image into a real object. Ptolomeo act one.

Dedicated to the first person to gather, with intelligent passion, everything that had been written to date, without censorship, without fear”. An empirical and sincere designer, who combined essential image with a compositional sensibility and versatility connected with observation of ways of living, where art is always a factor of reference. A designer open to disciplinary contaminations and experimentation, a designer who in his eclectic and free production became a part of the dense, multilinear humanistic tradition of Italian design.
#News #People