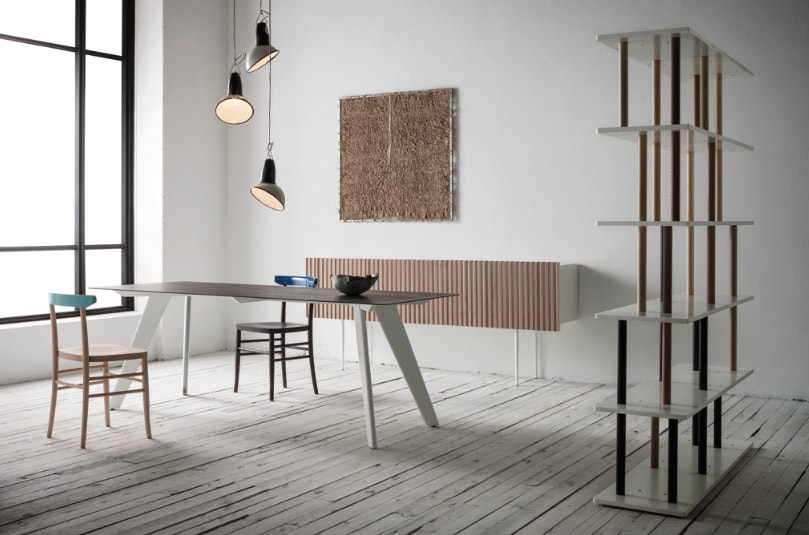 Mani is part of the Marson Collezioni, a line offering seasonal proposals in limited editions.

Designed by Luciano Marson, it is a cabinet whose doors are based on kinetic art. A design object, reflecting the creative prowess of the company LightsOn, but also something more.

First invented in the 1920s, kinetic art reached its height of popularity in the 1960s. Luciano Marson made his approach to this form of artistic expression by visiting the Polish pavilion in 2001 at the Venice Biennale.

Today the product is the result of the bonding of two different woods that are then crafted with a technique that digs into the material and produces an unprecedented tactile sensation: “it is as if the fingers were running over the surface that removing the wood for the first time, creating a three-dimensional effect,” the designer explains.

The front of Mani seems like a painting hanging on the wall that hosts it.