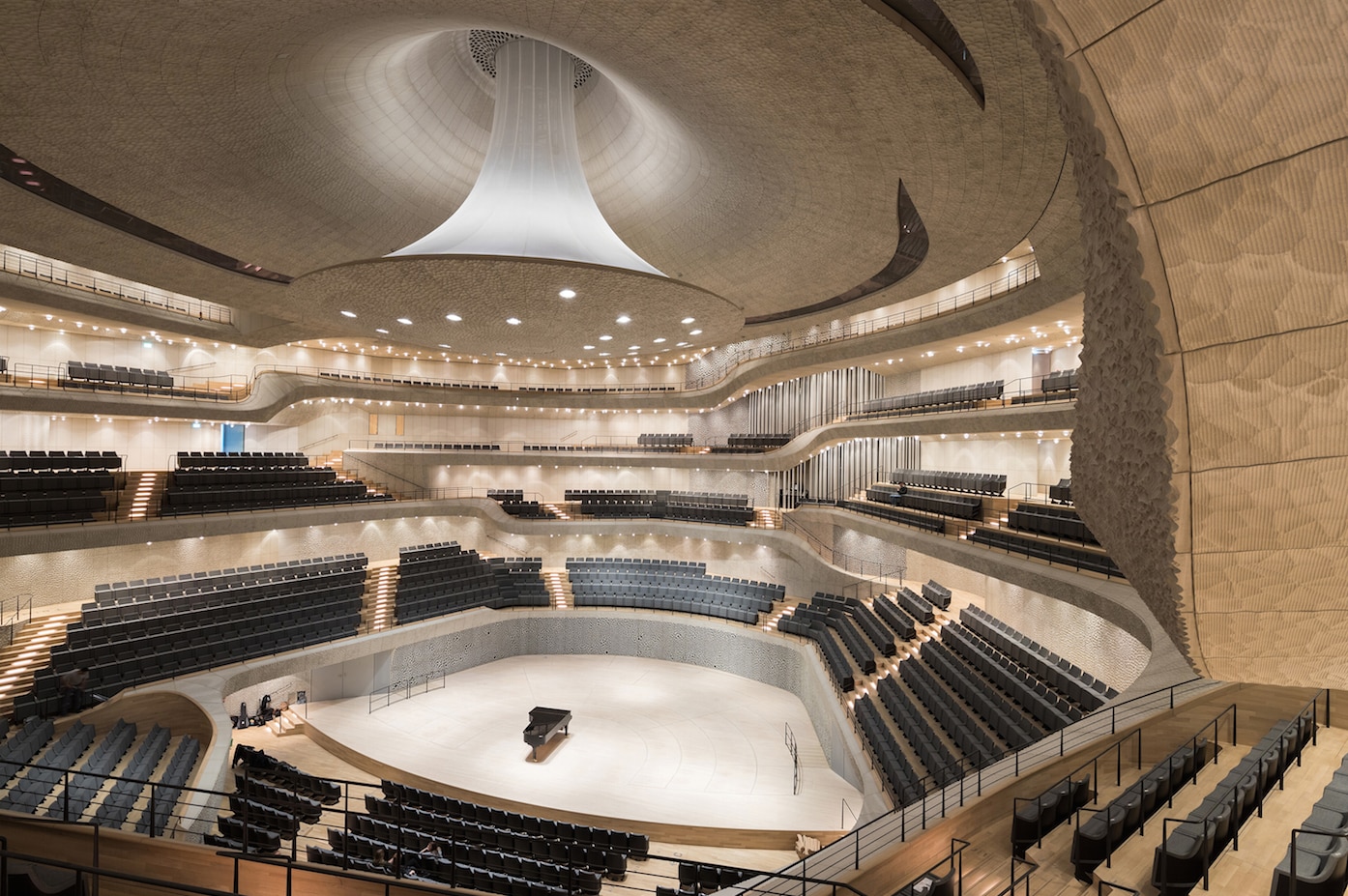 The Elbphilharmonie designed by the Swiss architects Herzog & de Meuron, opened a few days ago, will be the new cultural reference point for the city of Hamburg.

Poltrona Frau Contract has supplied and installed 2100 seats for the Grand Hall used for concerts, set at the center of the project at a height of 50 meters.

The new complex made by salvaging an abandoned industrial building contains 3 auditoria, a hotel and 45 private residences.

The building from the 1960s in red brick is topped by a striking construction in glass that reflects the Elbe River, the sky, the port and the upper part of the city.

The heart of the project is the Grand Hall itself. Its design positions the orchestra at the center, and the whole space is organized around this fulcrum, with seating extending in parallel lines at the same level as the orchestra and on the balconies.

The architects Herzog & de Meuron, focusing on every single detail of the project, have also developed the design of the seats of the Grand Hall, whose volumes and sizes fit perfectly into the logic of the concert hall.

The Ham seat, which will become part of the collection of seating for auditoria and theaters of Poltrona Frau, is an enveloping and comfortable armchair with dynamic lines.

The support structure is in rigid polyurethane, with an unusual seashell form. The seat and back are in non-deformable expanded polyurethane, guaranteeing a perfect posture for listening.

The back of the seat is made of black lacquered curved wood, a material that also helps to improve the acoustics of the space.

Even the fabric has been specifically created for the Elbphilharmonie: a gray weave with a particular moiré effect.