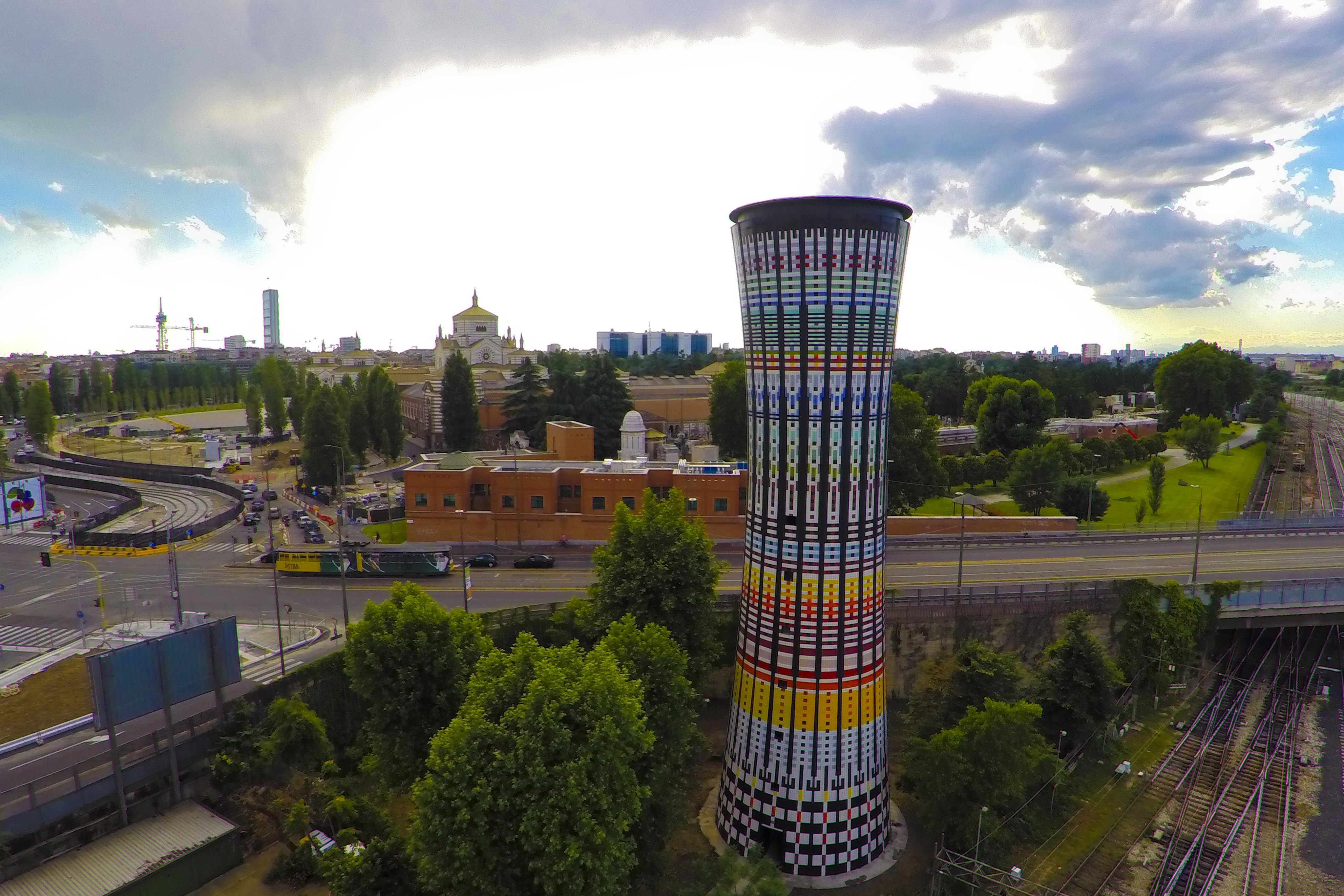 Conclusion of the renovation of the Torre Arcobaleno in Milan

#Milano
Conclusion of the renovation of the Torre Arcobaleno in Milan

With the support of the City of Milan, in collaboration with Rete Ferroviaria Italiana and Gruppo FS Italiane, the “Rainbow Tower” at Porta Garibaldi has been renovated.

The tower, dating back to 1964 and once used as a water tank inside the railyard of the Porta Garibaldi station had already been restored once, at the time of the World Soccer Cup in Italy in 1990.

Several companies have joined those that did the first renovation in 1990, to make this particular urban feature (with over 100,000 colored tiles) a vivid presence for the extraordinary occasion of Expo 2015.

The partner companies in the renovation of the Torre Arcobaleno, done with the support of the Department of Public Works and Urban Furnishings of the City of Milan, and hosted by the state railway system, are Bazzea – B Construction Technology, Condor, Fila Solutions, Mapei and Marazzi.

The work has been organized, as in 1990, by the architecture division of the Milan-based studio Original Designers 6R5 Network, in particular with the professionals Francesco Roggero, Albino Pozzi, Rita Alfano Roggero and Kiyoto Ishimoto.

The Torre Arcobaleno is part of the Wonderline project developed by Original Designers 6R5 Network, which for several years now has connected different initiatives in the world of art and architecture to the theme of color.

The zone, now transformed by futuristic skyscrapers, now (again) has a colorful ceramic totem, a tribute to the master ceramists of Italy and the artisanal roots of an industry known all over the world as one of the areas of excellence of Made in Italy.