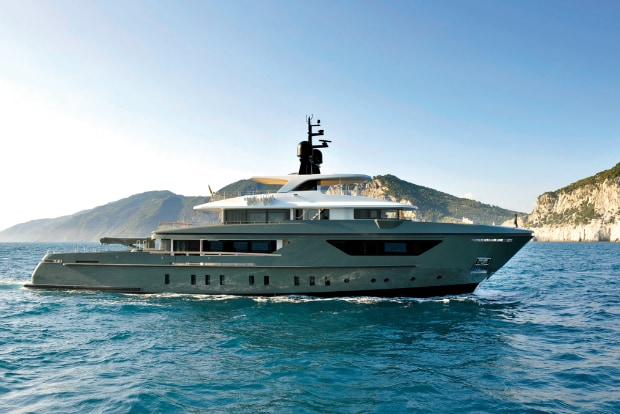 Sanlorenzo, after in-depth study of the Explorer typology, meeting with growing interest on the part of owners who like to make long trips in remote zones, has developed, sold and constructed the 460 Exp, a displacement yacht in steel with an aluminium superstructure, 460 tons in just 42.8 meters of length. The yacht has five decks, and like every Sanlorenzo for over 50 years, it has been built in keeping with the highest standards, made to measure to meet the needs of its owner.

The first 460 Exp sold and built is called Moka, while today four other 460 Exp units have already been sold and are in the construction phase. The layout of Moka, as requested by its American owner, is organized in five guest cabins with a gym on the lower deck, a large owner’s stateroom and two vast saloons on the main and upper decks.

The owner, reassured by these figures and confident of the quality of the yacht launched and tested at the shipyard at the end of the summer in 2015, and then presented at the Monaco Yacht Show, completed and tested by his own technicians and the new crew, for delivery in December 2015, did not hesitate to undertake an Atlantic crossing as the maiden voyage, to immediately enjoy his brand new 460 Exp during the winter in 2016 on the American coasts.

After over 5600 miles of travel, in one month at sea, of which 19 entire days of sailing at an average speed of about 12.5 knots, Moka showed no signs of fatigue, and no problems arose during the journey. The yacht, the deck equipment and technical systems made the trip with ease.