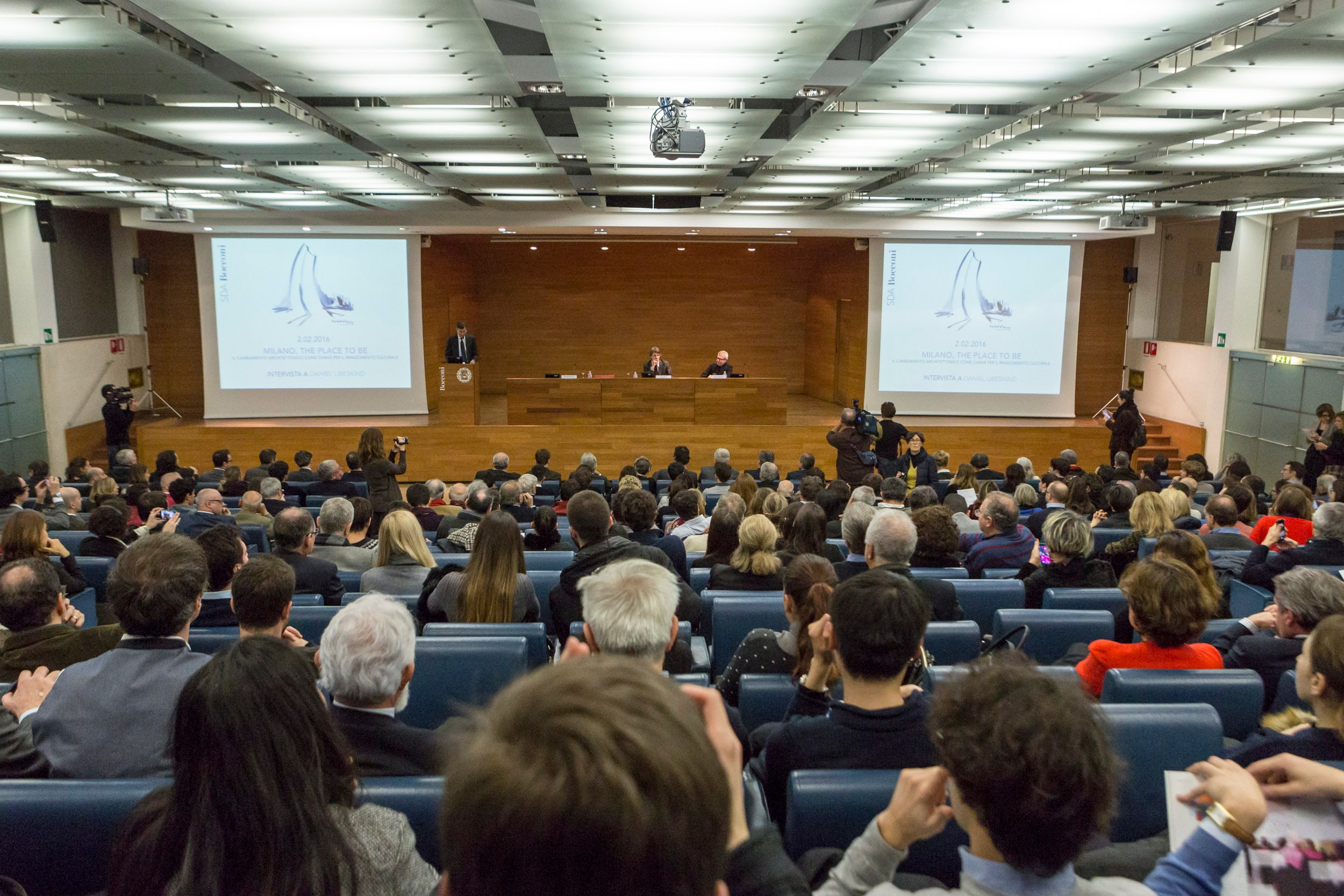 Daniel Libeskind: Milano, The Place To Be

Daniel Libeskind: Milano, The Place To Be

During the encounter, introduced by greetings from the rector Bruno Busacca, Daniel Libeskind talked about his relationship with the city of Milan, which welcomed him for the first time in the 1970s, and where he moved with his family in 1986.

Libeskind outlined his vision of future cities, characterized by sustainability, featuring “intelligent” buildings with high levels of energy autonomy, more public transport and infrastructures; a city that has to put at the community at the center, placing greater emphasis on green spaces, respect for the environment and innovative technological solutions that move in this direction.

The architect emphasized the role of increasingly strong leadership that Milan has assumed in Europe, as an international and multicultural city in the midst of rapid architectural development. He stressed that the CityLife project (for which he has worked on the master plan as well as designing part of the residential area and the third tower of the Business District) is a demonstration of how tradition and the future can seamlessly integrate and are indeed necessary to each other.

During the event the architect spoke in detail about the tower under construction at CityLife, the last of the three towers of the Business District, which also includes impressive buildings designed by Arata Isozaki and Zaha Hadid.

Answering questions about the historical and architectural references of the city of Milan that inspired him for the design of this third tower, Libeskind explained: “The history of art and architecture in Milan has always been an inspiration for me. My tower at CityLife is inspired by the drawings of the project that was never built by Leonardo da Vinci for the cathedral. It has a sculptural form that reminds us of the uninterrupted curves of the Pietà Rondanini by Michelangelo.”

The architect expressed the hope that Milan and the new generations will have a future in which design, innovation and sustainability can coexist for better quality of life and social harmony.