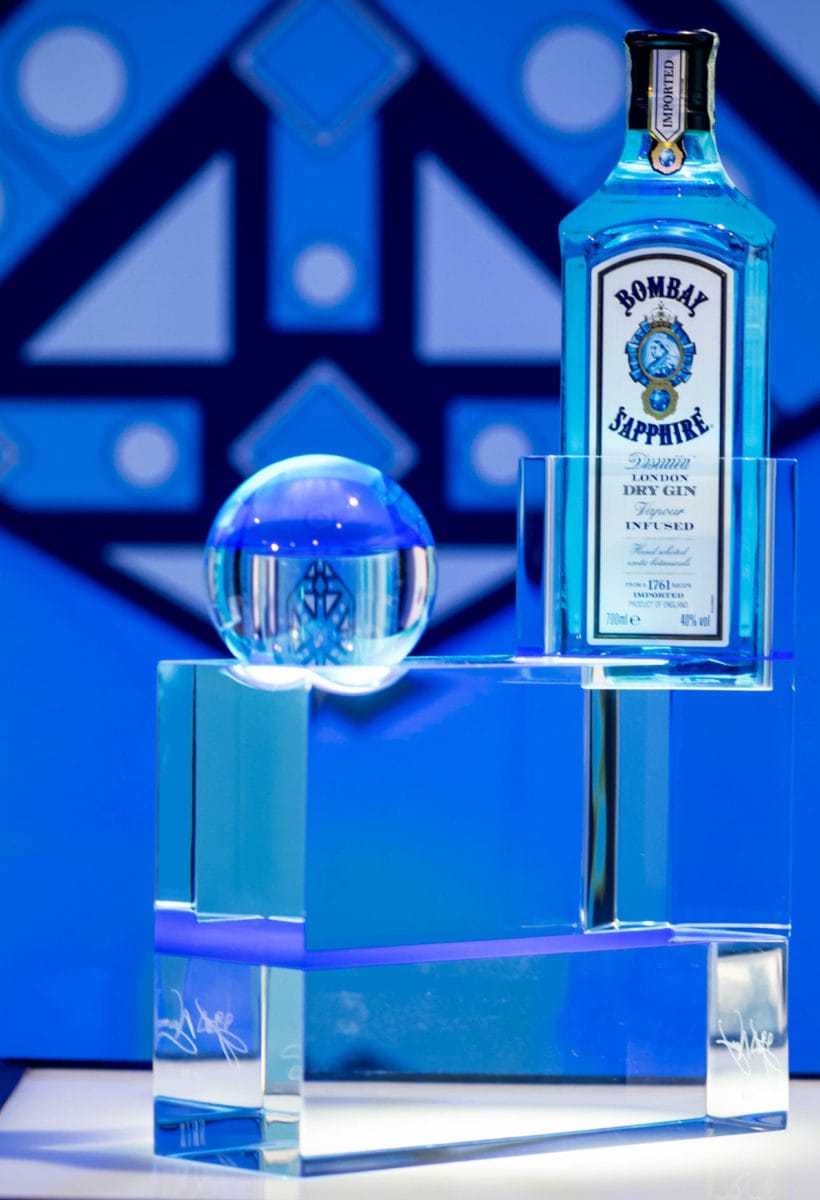 Stir Creativity comes from the concept that creativity is there, inside all of us, just waiting to be expressed. Hence the initiative of Bombay Sapphire in which all the participants are encouraged to bring out their inner creative self.

Guests at the Canvas Bar in Milan had a chance to watch the transformation of a white space into a fluid work of art. While the location was being used as a canvas, the drinks themselves could be decorated in a personal way, including the Canvas drink created by the brand ambassador Rachele Giglion.

Fabio Novembre, special guest, created a work inspired by the brand, entitled The Bottle in the Rock. The designer worked with transparency and color, using one of the materials that lends itself to such an approach, namely plexiglass.

The result is a small poetic and metaphysical sculpture that embraces the Bombay Sapphire bottle, enhancing it with a balanced game of transparent volumes alternating with thin layers of blue glue. The apparently simple object changes color depending on the vantage point.

The objects will be sold and the proceeds will be invested in design and research, to sponsor a workshop for students of Domus Academy. The best results will be selected by a special jury during the upcoming edition of the Salone del Mobile in Milan.