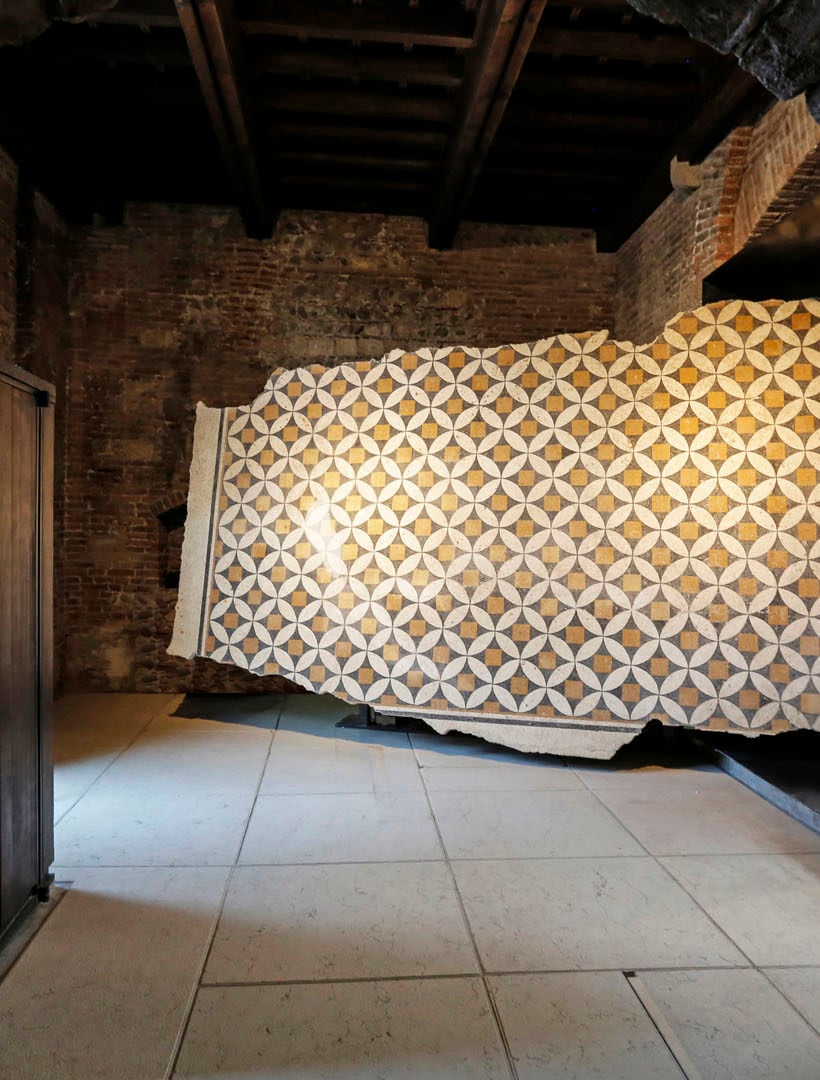 Dialogue is the concept behind the renovation of the east wing of the Museum of Castelvecchio in Verona, left unfinished by Carlo Scarpa in his outstanding restoration project of 1964.

The studio Bricolo Falsarella has designed a large and very thin iron panel for the entrance, which creates a filter between the hall and the mosaic room, as well as indicating the way thanks to two incisions. The panel becomes a narrative expedient that divides and unites at the same time, beckoning and slowing, separating to encourage passage.

The new exhibition space stands out for its high walls in exposed brick and its antique floor from the Roman era. The mosaic can be seen from the room or from the plaza of the Arco dei Gavi where it was found, creating a visual and physical relationship that restores meaning to the project by Scarpa.

The interiors display material polyphony: stucco and exposed masonry narrate the history of the building, while the reflecting surfaces in black iron insert the theme of passage, shadows and movement in the design.

These themes are also evoked by the washstands based on the principle of overflow of water. The sophisticated Giotto taps in brushed stainless steel by Cea echo the rounded lines of the washstands, while the Free Ideas models are reminders of the fountains often utilized by Carlo Scarpa.