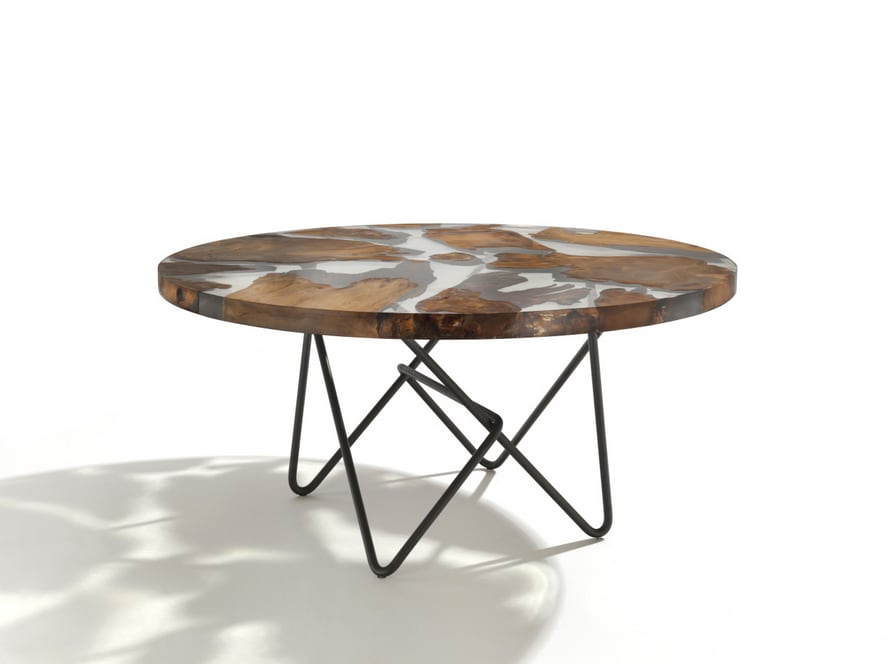 After Milan, Sao Paulo, Seoul, Munich, Doha, Riyadh, Moscow and Copenhagen, Riva 1920 continues its collaboration with Eataly for the opening of Eataly New York, inside the Westfield World Trade Center built at the site of Ground Zero.

The Italian company has designed and produced the Earth table positioned at the entrance to this new space.

Featuring a top in resin and age-old Kauri wood, the table is a stylized representation of the globe; the wooden parts represent the continents, while the resin sections represent the oceans.

The materic quality of wood and the transparency of resin are capable of creating an evocative game of lights and shadows.

The table is the symbol, par excellence, of socializing, sharing, exchange, encounter, around a central theme – namely that of food – that represents a universal need.

The concept behind the design idea is based on the theme of peace and unity among peoples, without prejudice, class differences and racial issues.

The particular iron base designed by Renzo Piano reprises the original design of the Antico table for the Ground Zero… Ground Heroes initiative, symbolizing the tangle of reinforcements that emerged from the rubble after the collapse of the Twin Towers.

The table acts as a silent witness and commemoration, a demonstration of the capacity of symbolic details to express emotions.

A mute object that will nevertheless speak to thousands of people.