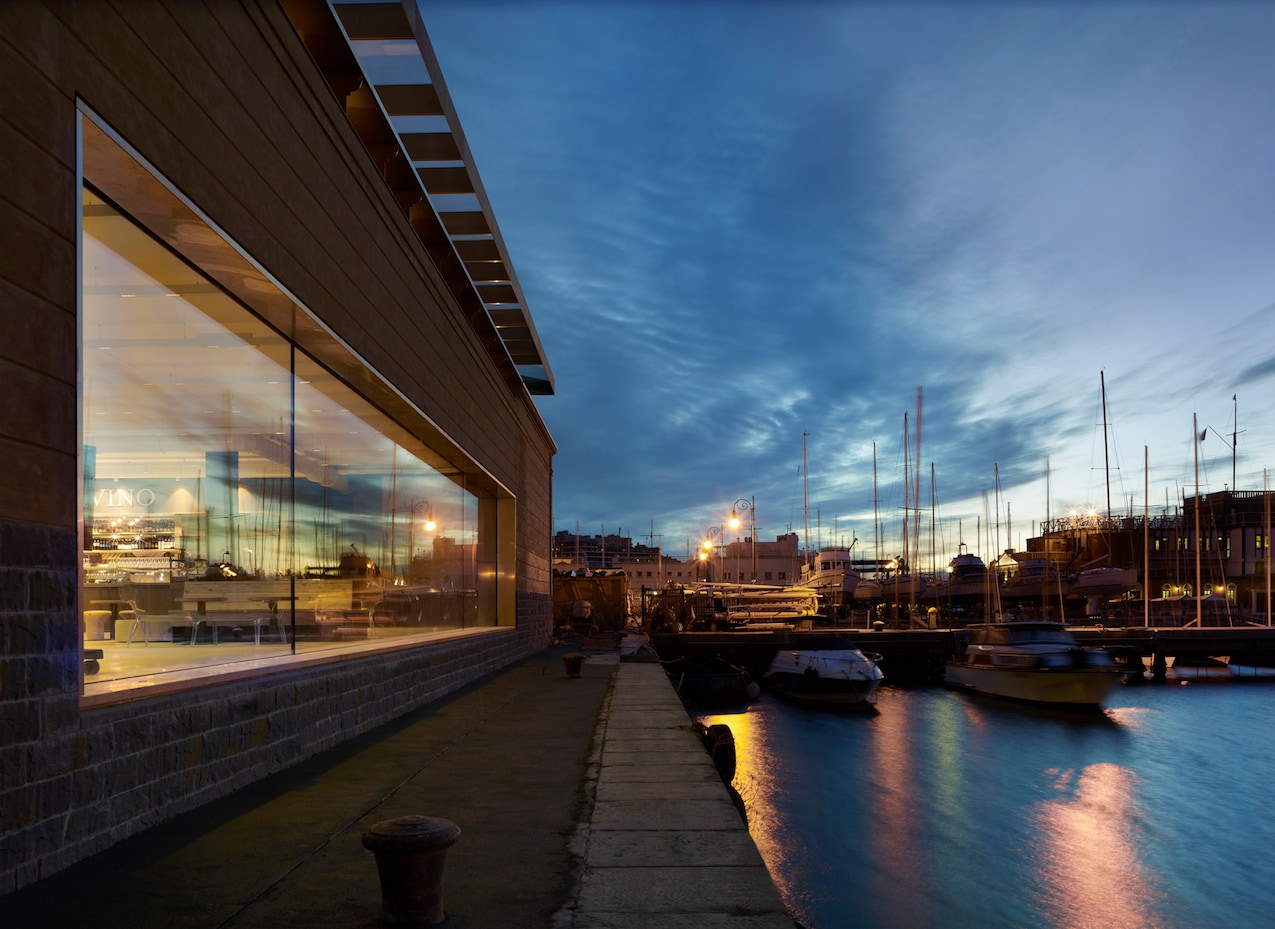 The project by Archea Associati addresses the renovation and transformation of the 19th-century volume of the former Magazzino Vini on the waterfront of Trieste.

The original volume has not been altered, but an ethereal, translucent, completely independent building has been created inside it.

The physical gap between the new structure and the historic enclosure makes it possible to create a very evocative space between the inside and the outside. The glass reflects the walls of the warehouse and their openings, offering a view of the activities inside.

The new volume has four levels. The basement is for parking, while the floor above it, still below the level of the city, is lit by the space created between the original enclosure and the new structure. The ground floor, raised 80 cm above the street, reflects the historical safety level for defense against high tides. The new loft level reaches the same height as the peak of the original pitched roof, which was destroyed in the past. Towards the sea, a large window offers an extraordinary view of the port of Trieste.

The lobby features a monumental double staircase in Cor-ten to connect the three commercial levels, with two dramatic pools of water at its base, and a large wall clad in backlit glass blocks to suggest, in terms of form and material, the inner cladding of the antique vats where wine was conserved.

The impressive staircase is lit by Venere, sinuous elements in plaster and resin produced by Martini Light that combine refined technical and aesthetic research.

Between the historic wall – also clad on the inside with the same glass tiles – and the new glazing, another large pool of water is placed at the basement level, surrounding the entire perimeter of the building.