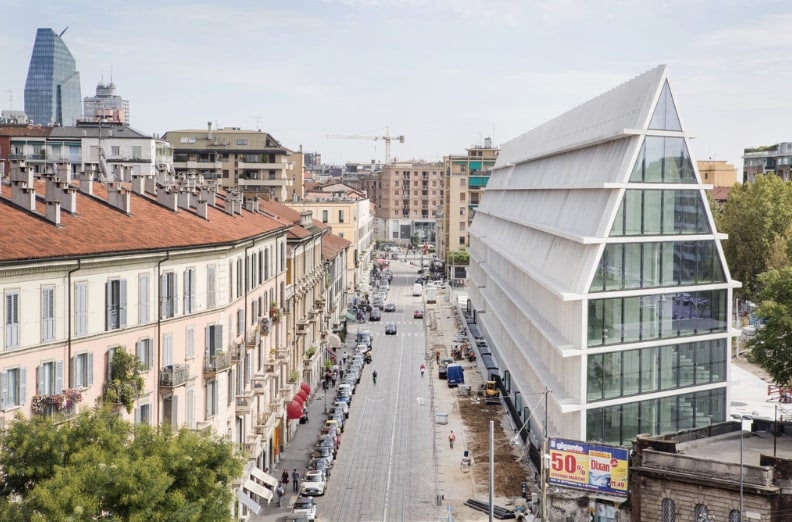 The project of Gruppo Feltrinelli, which has chosen Coima for facility management, stands in an area between Viale Pasubio and Viale Crispi in Milan. Coima has handled the development management of this LEED Gold certified construction.

Fondazione Giangiacomo Feltrinelli will have its new headquarters in Feltrinelli Porta Volta, starting in December 2016. The new facility will be the site of ongoing investigation of the most urgent themes of contemporary society, open to all, for multidisciplinary study of today’s social transformations.

The new headquarters of Microsoft Italia, located in the second building of Feltrinelli Porta Volta, will become a reference point for the entire city and the world of technology.