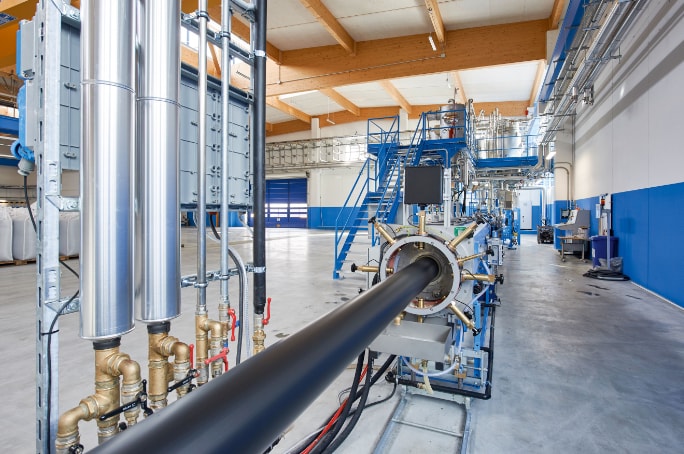 The Swiss company with an Italian spirit

The Swiss company with an Italian spirit

Over the last seven years the multinational corporation Geberit has implemented an investment plan in terms of production capacity and logistics management at the manufacturing facility of Villadose, Rovigo, to support local producers and boost the national economy.

In its Italian headquarters Geberit produces the entire range of flush pipes: PE-HD, Silent-PP and Silent-db20 joined in the last year by the new soundproof flush system Geberit Silent-Pro.

The Silent-PP production line is one of the most modern plants in the world, 120 meters in length, and also includes a fully automated packing plant, with a production line active 24 hours a day, 340 days per year.

The factory is also a leader in terms of energy efficiency: in 2014 a new cooling system was installed that reduces electricity consumption by 50%. In addition, the production and administration facilities are heated with warmth recycled from production processes.