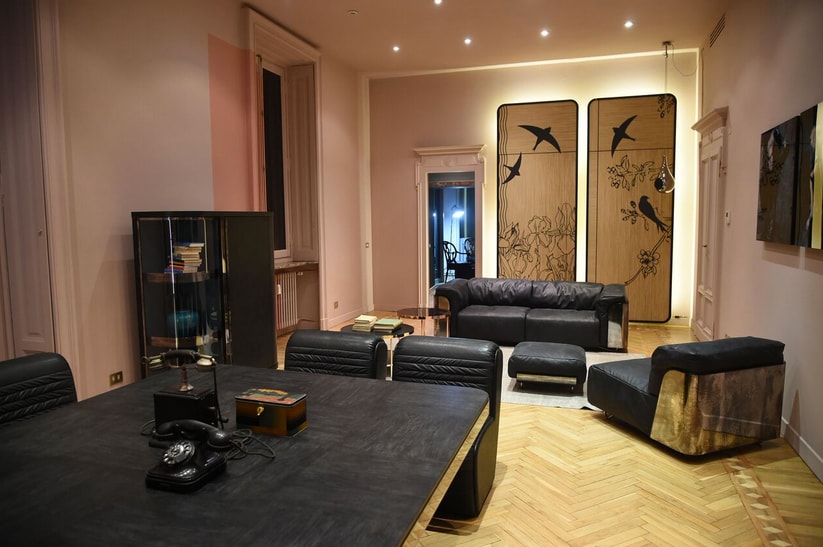 He calls architecture “the sum of the arts”. Maybe this is why GioPagani, designer and architect, has decided to rely on film for the presentation of his Milan atelier at Via Montebello 30: an elegant period apartment of 600 square meters, in the Brera district, which became the set of the short movie “Madame” directed by Susy Laude, in a free interpretation of “Les Bonnes” by Jean Genet, with the actress Marina Rocco in the leading role.

With a noir atmosphere inspired by French cinema from the 1940s, the film shows the furnishing collections created by GioPagani as true capsules: sofas, chairs, tables and complements, based on an idea of exclusive tailored luxury, in materials borrowed from fashion, and particular ranges of colors.