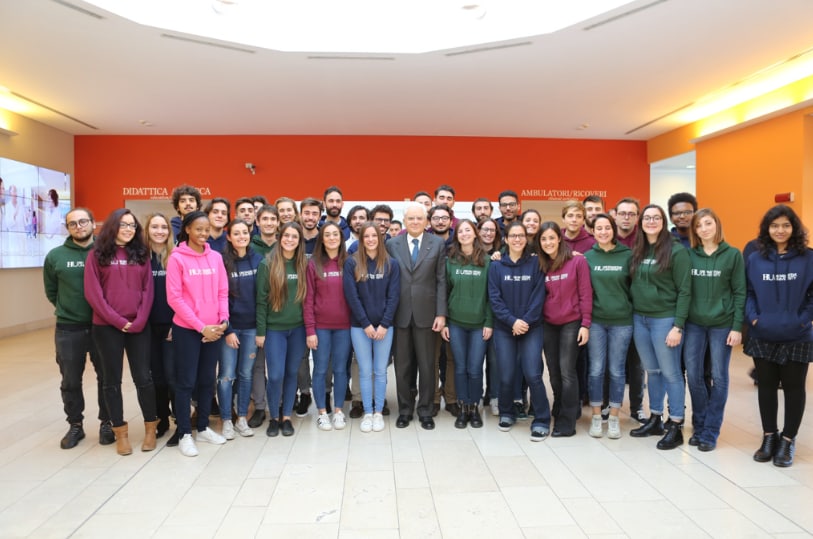 Opening of the campus of Humanitas University

Opening of the campus of Humanitas University

Three buildings immersed in greenery, 25,000 square meters for 1200 students from 31 countries. A Simulation Lab of 2000 square meters with some of the most advanced technology in Europe, high-tech classrooms, a digital library and a residence, near the research labs and the hospital, an integral part of the campus as a place of education for future doctors, nurses and therapists. For an overall investment of about 100 million euros.

These are some of the key elements of the new campus of Humanitas University, a school of Life Sciences, now opened for the start of the school year 2017/2018.

The opening ceremony featured the presence of the President of the Italian Republic Sergio Mattarella, the Minister of Economic Development Carlo Calenda, the Undersecretary of the Presidency of the Council of Ministers Maria Elena Boschi, the President of the Lombardy Region Roberto Maroni, the Mayor of Milan Giuseppe Sala and the Mayors of Rozzano and Pieve Emanuele Barbara Agogliati and Paolo Festa. For Humanitas University, the speakers included the President Gianfelice Rocca, the Rector Marco Montorsi, the Pro-Rector for Research Alberto Mantovani, and the student representative Javiera Ali.

The new campus was designed by the studio FTA of the architect Filippo Taidelli and built by Colombo Costruzioni.