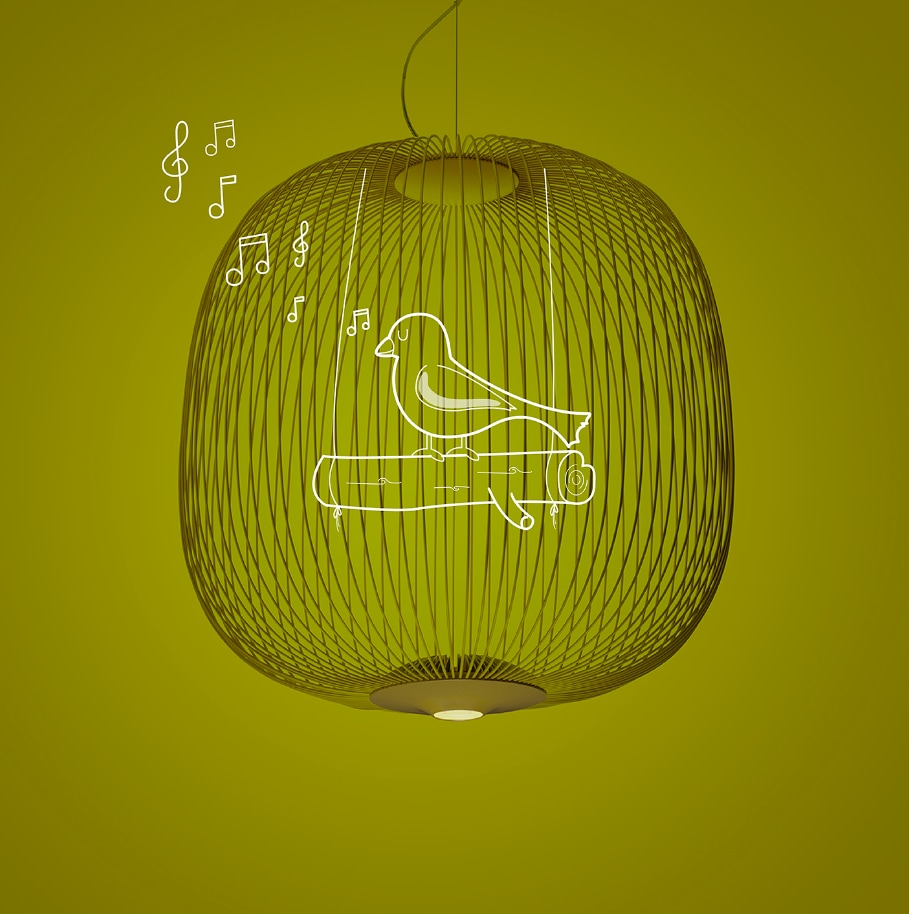 The lightness of light

The lightness of light

The Spokes lamp that turns into a cage for a canaries, the Rituals that become balloons, a Kurage inhabiting the seabed like a real jellyfish, and the iconic Twiggy that hooks a fish.

These are just some of the reinterpretations of the most iconic products of Foscarini, transformed by the imagination of the young Sicilian illustrator Luciano Cina, alias Luccico.

The meeting between the illustrator and the company took place at the last Milan Design Week, when Luccico chose the Foscarini space in Brera area and the installation by Ferruccio Laviani as the background for one of his works. Posted on Instagram, the drawing came to the attention of the company, which appreciated its light touch and humor. The result has been a collaboration that reveals the various identities of some of Foscarini’s most popular lamps.

The illustrations are the stars of a social networking campaign on Facebook and Instagram, narrating the company’s projects with the typical lightness of summer.