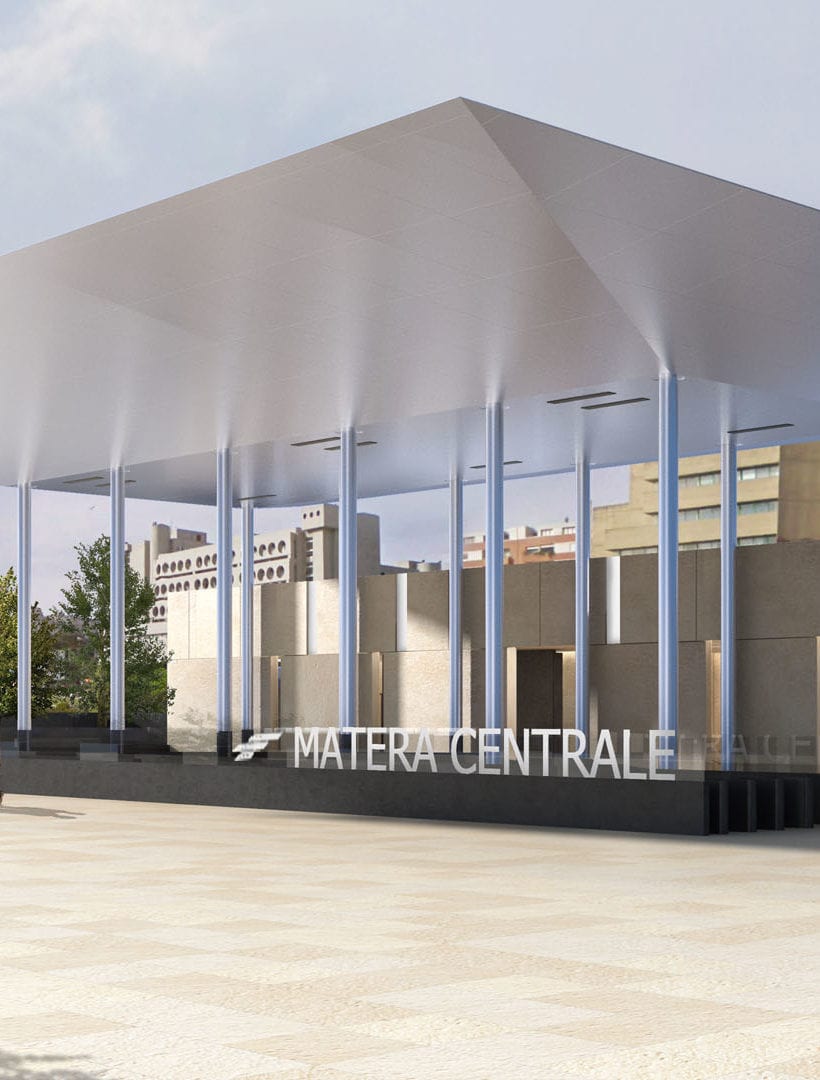 The project will be one of the high points of Matera 2019 and brings greater visibility to the Matera Centrale FAL station, no longer conceived only as a necessary service facility, but also as a true urban landmark, in step with the role of the city of Matera in Europe. 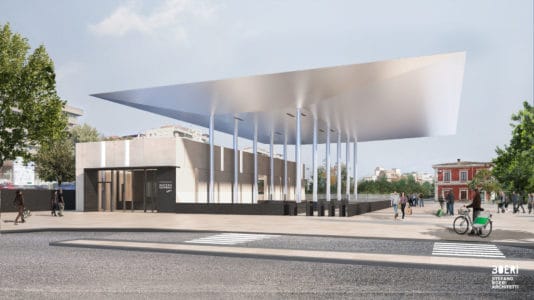 A recognizable public space, the station becomes an integral part of the pedestrian plaza, directly connected to the main routes of access to the nearby historical city.

A large opening in the roof slab of the underground tunnel directly connects the two parts of the station – above and below ground – bringing natural light and ventilation to the tunnel. 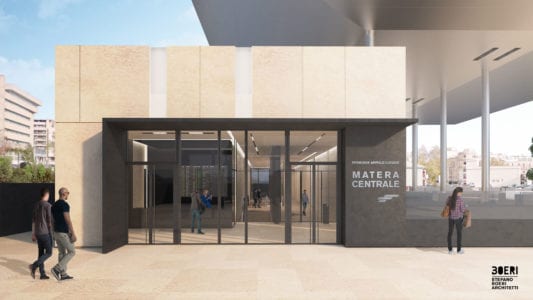 The project also includes a new building for the ticket office and other services.

Construction is slated to begin on 1 June 2018.