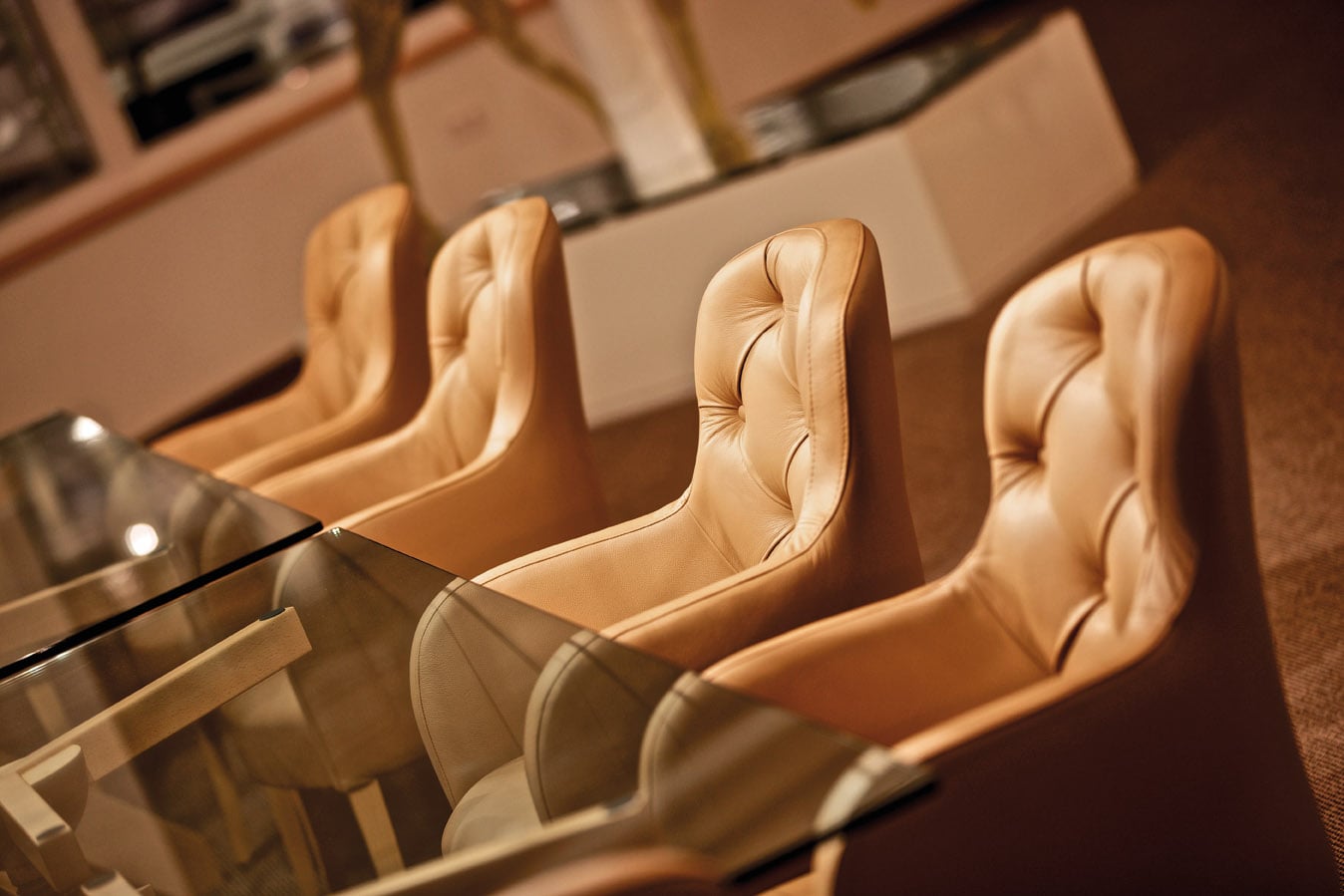 93% of Montbel‘s turnover comes from exports, so the main focus of this company from Friuli, an excellent representative of the chair district of Manzano (UD), is on foreign markets. The firm took part in three days of meetings and B2B visits in Tehran, organized by FederlegnoArredo with the participation of the Cluster Arredo FVG.

“This has been a valuable opportunity – says Lucio Ravedoni, Sales Director of Montbel – to meet an extremely interesting market, a country with an age-old culture that is particularly interested in Italian style.”

Iran, with its 78 million inhabitants and the emergence of a middle class very interested in Italian style, despite political and economic instability, is a country in which Federlegno Arredo has developed many relationships, bringing more than 70 companies over the last three years. Iran is the second largest economy after Saudi Arabia, and the country with the highest GDP growth in the Middle East. It has a high level of internal demand for luxury goods. Hence the challenge has to do with the high-end of the home and contract furnishings system.

Since 2000 the company has expanded on the international market with their collections, attracting greater and greater interest. The most promising markets right now are the United States, Europe (which is struggling but it is still an important market) and the Middle East. In these areas alone, Montbel exports more than 35,000 pieces.

Montbel, founded in 1959 by Silvano Montina and led today by his children Manuela and Stefano, joined by the partner Marco Marseu, exports its products to 51 countries around the world. Exclusively at its headquarters in Manzano, with the collaboration of about 130 people, every year it produces over 70,000 pieces, including chairs, sofas and tables, created for the most prestigious hotel chains, cruise ships and restaurants in the world, with 1,600,000 different possible combinations of the various finishes.

In 2015 the firm reported sales of 6.4 million, with average growth of 25% across the last two years.