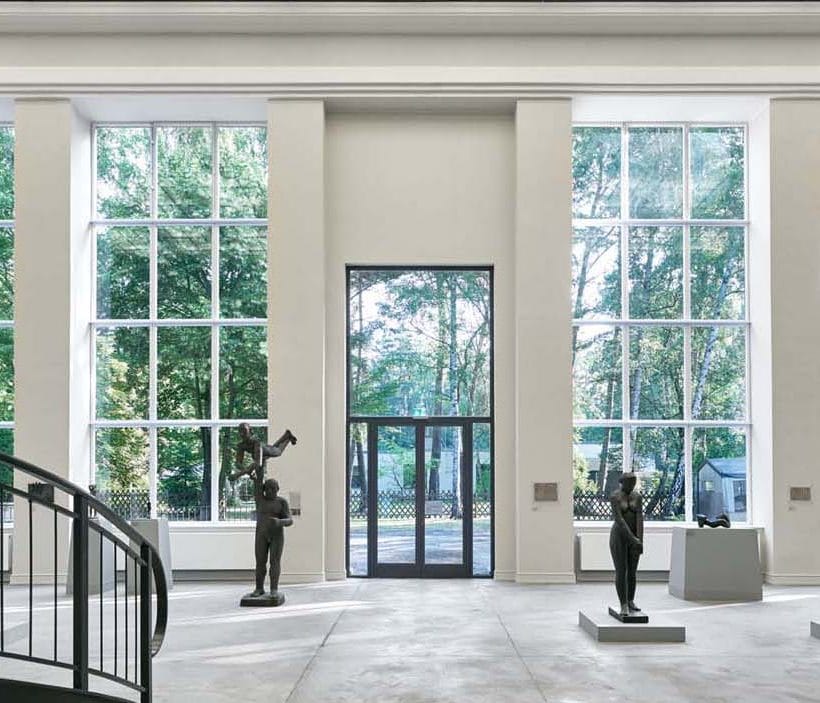 The theme of culture as propaganda and expression of power, to exalt the vision and one-way thinking of the Reich: the project by Albert Speer for the Grand Berlin called for the construction of State Ateliers for artists who would contribute, with their works, to the redesign of the capital. One of them was made by the architect Hans Freese for the sculptor Arno Breker, in the district of Dahlem.

The symmetrical layout of the oblong building contained three volumes sized to contain technical gear like a crane, a hydraulic life and a freight elevator. The brick cladding and full-height windows that could open for the passage of large sculptures set the tone of the elevations, while the large internal spaces were made with the finest materials – marble bases for the sculptures, stuccowork, oak doors and large ceiling skylights.

The restoration and transformation as a Museum of Modern Art recovers the main parts of the architectural volume, with a particular focus on the casements, reconstructed with OS2 75 sections by Secco Sistemi, restoring the original image of the facades.

This versatile series, thanks to the variants of the sections, can transform its image on the basis of the materials used. The OS2 thermal break system puts over 40 sections at the service of design, with multiple combinations through which to express specific design poetics, always aimed at generating maximum transparency and pure lines.