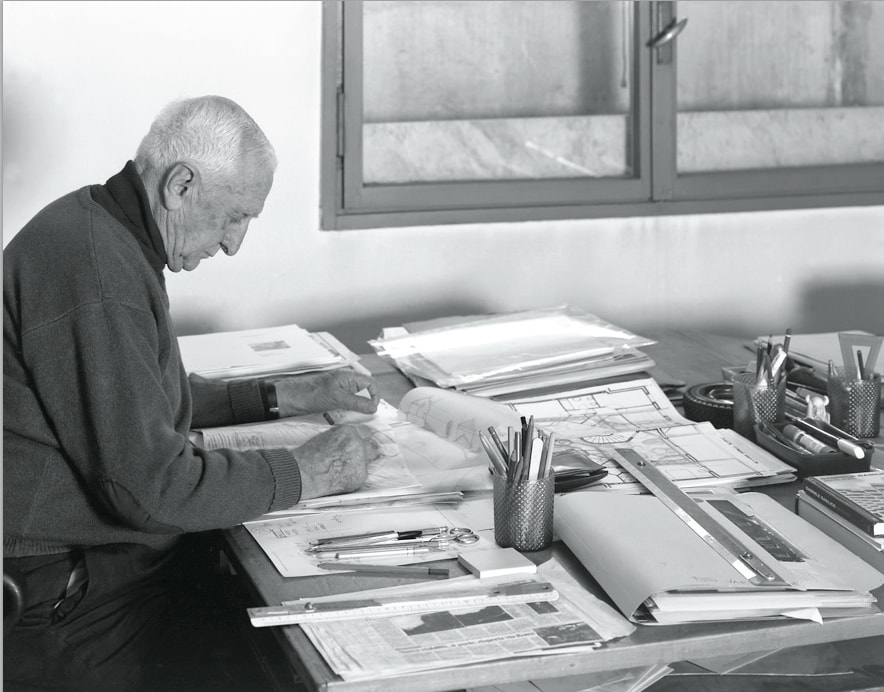 Defined by Vittorio Gregotti as “the most elegant man in Milan,” the Milanese architect Luigi Caccia Dominioni, born on 7 December, the feast day of St. Ambrose, on Piazza Sant’Ambrogio, passed away at the age of 102. His works of architecture are erudite, contemporary creations, eluding any classification within the ideological coordinates of the 20th century, and making a clear contribution to the urban landscape of his city.

All of Luigi Caccia Dominioni’s come from the idea of architecture as a phenomenon of synthesis, a unitary pursuit that includes furnishings and objects in tune with the configuration of interiors, urban design and art (the floor mosaics by Francesco Somaini are an integral part of the overall composition of the parts of the building, seen as a complex organism).

As he stated many times, Caccia always considered himself a “designer of plans”: from the layout, the idea of the inhabited spaces, based on a logic linked to the movements of human beings, he developed reasoning that led to the façade solution, as well as suggestions for the design of objects and furnishings, accessories and lamps, handles and doors. His works of architecture remain, indelible, timeless, in the Milan of the new millennium.