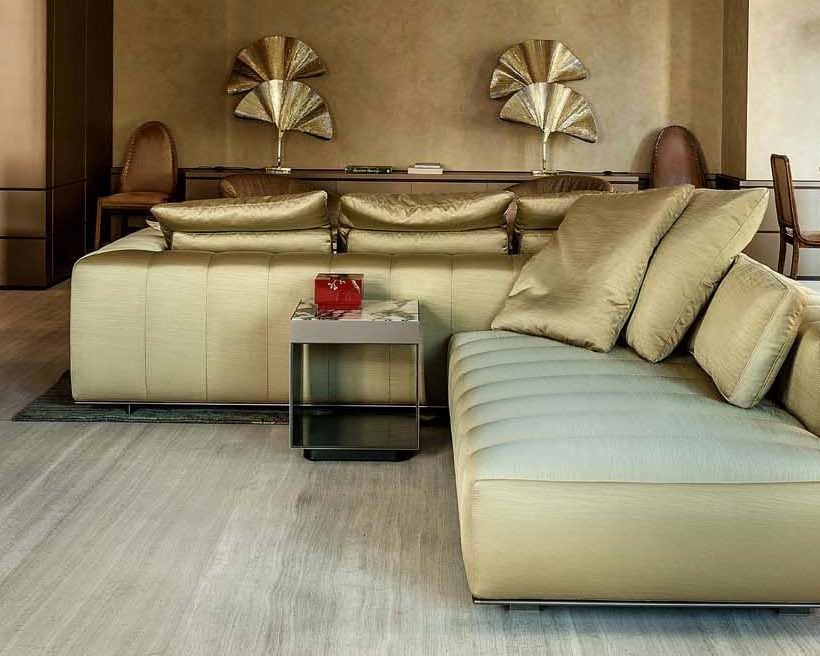 In the center of Monte Carlo, on Boulevard Charlotte, stands a building from the early decades of the 20th century, with the calm, gracious styling of Art Nouveau.

It contains an apartment in which Margraf marble plays a leading role in the restoration (project and supervision by Fulvio Caputo and Maria Chiara Spina for CandC architecture and engineering, Venice), a contemporary reinterpretation of the historical style of the building.

The new layout places the living area to the south, on the most luminous side, creating a vast living-dining zone and a smaller cooking area. On the opposite side, the night zone is composed of a bedroom, bathroom and auxiliary spaces, organized in a single master suite with two closets. There are also two guestrooms.

Margraf marble is the material used to create an atmosphere that is a tribute to Art Nouveau: the dominant tone is Silk Georgette for all the floors, the walls of the master bath and the washstands, while Arabescato Rosso Orobico has been deployed for the guest bathroom near the entrance; Nero Portoro and Travertino Rosso adorn the showers in the guest quarters.

The tub in the master suite is remarkable, with its original leaf form sculpted from a block of Onice Verde.