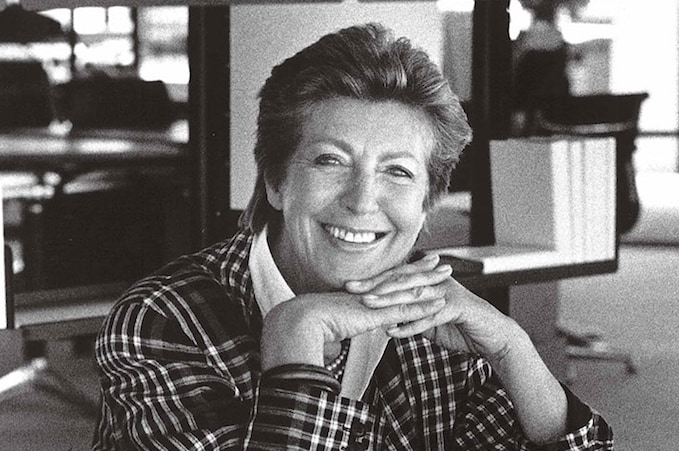 Maddalena De Padova, an icon of Milanese design, received the Compasso d’Oro prize for the career in 2014.

Together with her husband Fernando, Maddalena began her entrepreneurial activities in the 1950s, importing Scandinavian furniture and objects to sell in the showroom on Via Montenapoleone in Milan.

In 1955 ICF De Padova was founded, based in Vimodrone, to produce the office furniture of Herman Miller in Italy. In the 1960s the firm opened the large space on Corso Venezia, which became a reference point for design in Milan for 50 years.

In the 1970s, after the death of Fernando, Maddalena De Padova took complete charge of the company, overseeing the work of production and distribution. During this period the long collaboration with Vico Magistretti began, with the creation of a collection of office furniture.

In the 1980s De Padova ceded the ICF brand with the license to manufacture Herman Miller products and created a line of furniture and objects under the De Padova trademark. The series “Edizioni De Padova” later became “è De Padova.” The brand worked with great designers like Achille Castiglioni and Dieter Rams, and especially with Vico Magistretti.

At the end of the 1990s De Padova also began to work with Renzo Piano.

In the 2000s Patricia Urquiola and Nendo entered the ranks of the design team. Maddalena De Padova completed the phase of transfer at the helm of the company to her children Valeria and Luca.

In April 2015 the company was acquired by Boffi as part of an international distribution program. The main store in Milan is now at Via Santa Cecilia 7.