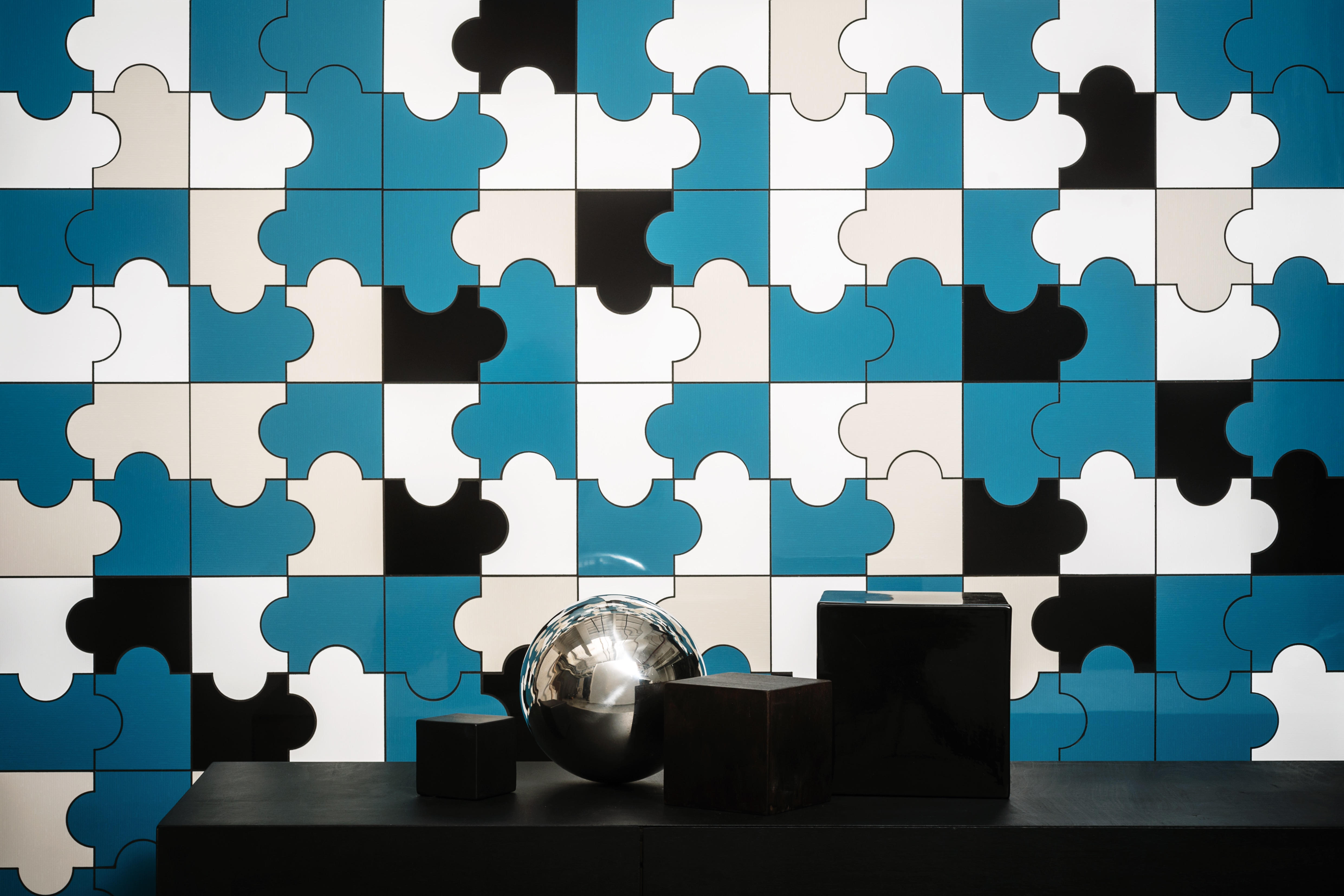 Marazzi Ceramiche was founded in 1935 in Sassuolo, province of Modena, in a district already active in the 17th century in the crafting of terracotta.

The founder, Filippo Marazzi, built the first production facility using two parallel rows of poplar trees as the structure, creating what was called the “cardboard factory” because of the provisional look of the place.

Actually, a company was being born that thanks to the use of the best available technology would soon transform the manual shaping of clay into a modern industrial production process capable of producing above all tiles, with kilns and production cycles in the avant-garde at the time.

In the context of the celebrations for the 80th birthday of Marazzi, Piuarch has designed the #puntidivista tile, a tribute to the work of Giò Ponti and Alberto Rosselli from 1960, utilized in the installation at the State University of Milan in the exhibition Energy for Creativity, during the FuoriSalone 2015.

The new tile reprises the simple, clean form, maintaining one concave side, one convex site and two flat sides to work in an infinite range of compositions. A citation from Italian design history that is also an effective functional idea developed by Piuarch.

The “Punti di Vista” created inside the structures are enhanced by mirrors that reflect the Marazzi Progetto Triennale tiles and the Colorup facing, which references Optical Art. On the ceiling, the Marazzi #puntidivista tile designed by Piuarch for this installation reworks a project by Gio Ponti.