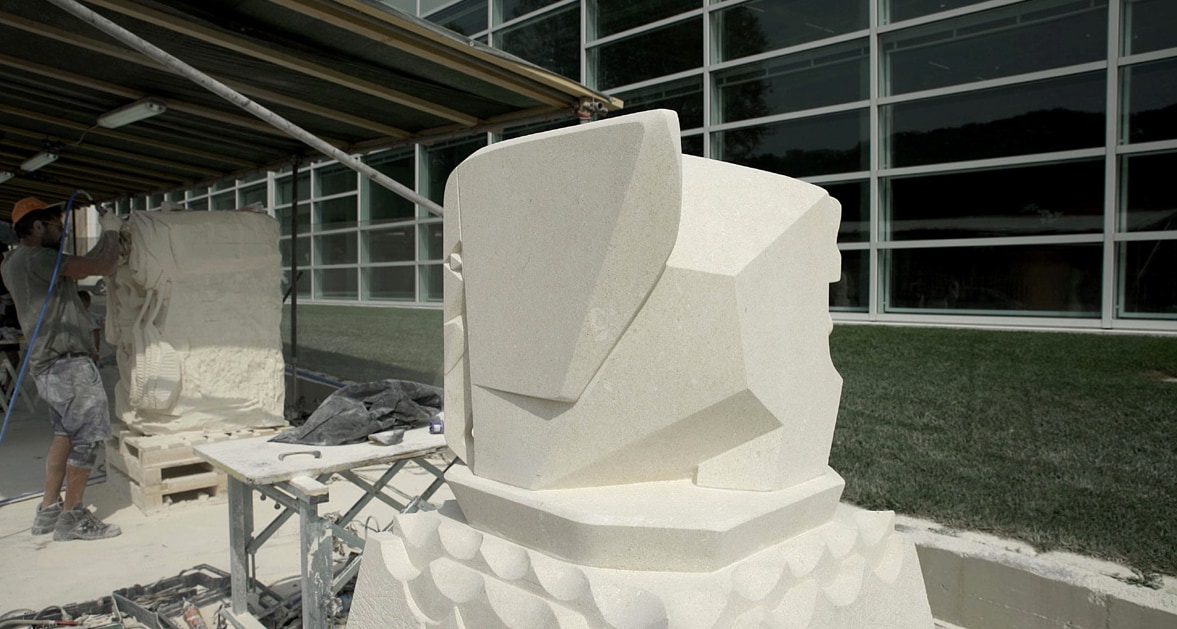 In Chiampo (VI), Margraf, for its 110th anniversary, a true milestone in the history of architecture, opens the first edition of Marble Stories, an international event that will have a particular focus of art, design and architecture each year.

The first edition, #M16, was curated by the artist Giulio Delvè and had the theme of “soft stone with a marine soul.”

Margraf hosted six international artists at the headquarters for a one-week residency. Each sculptor was given one cubic meter of Vicenza stone, to shape from 3 PM on Monday, August 29, until noon on Sunday, September 4, when the sculptures were judged by a jury composed of Giulio Delvè, Walter Cassandro, Giorgia Lucchi Boccanera and Enrico Pasquale.

The nod went to James Fausset Harris for Three Worlds, “a very poetic work in which the balance between technical expertise and implementation has been well managed.”

The works will be exhibited from 29 September to 1 October in Verona, during the international fair Marmomacc, and later this year they will be sold at a charity auction, with proceeds going entirely to Fondazione Città della Speranza, engaged for years in the fight against pediatric cancer.