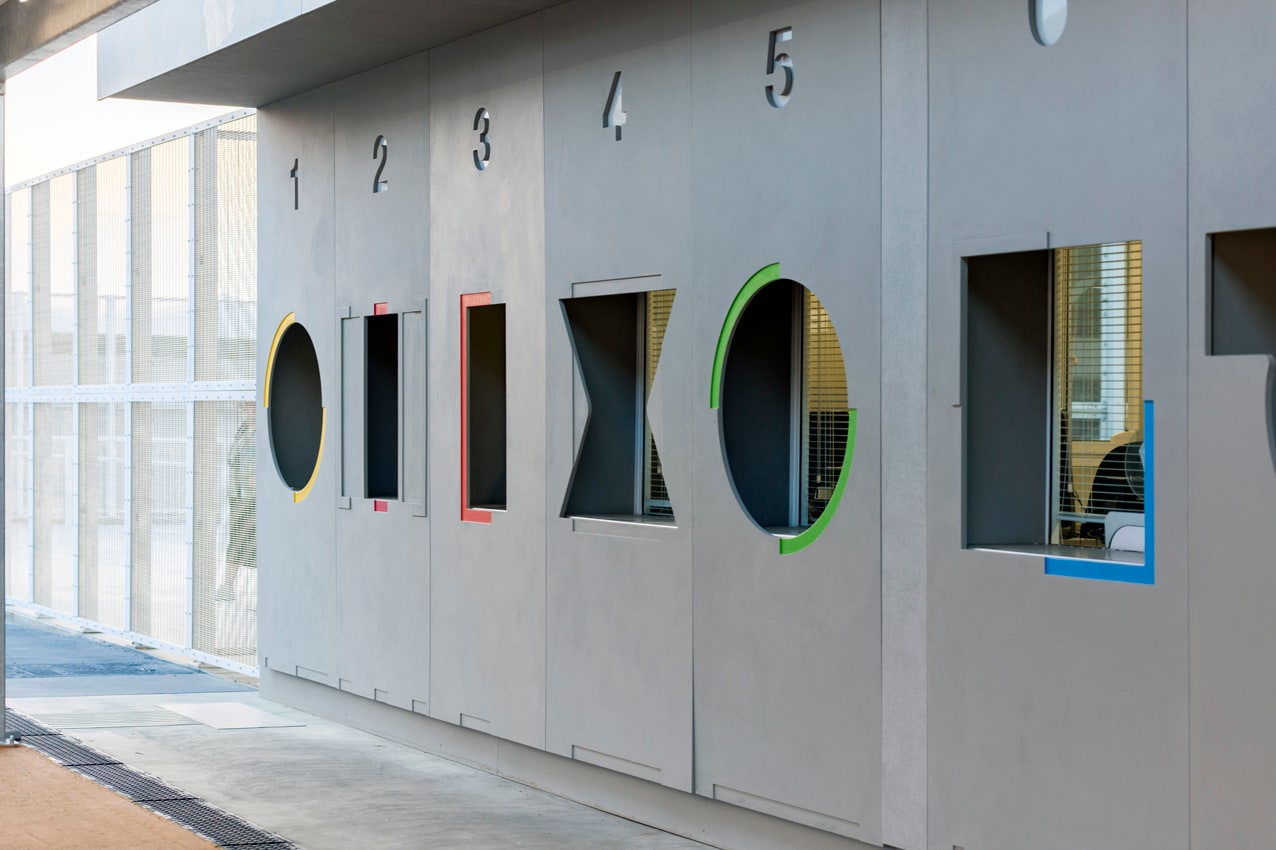 Marco Zanuso Jr, with Giuseppe Raboni and Francesco Dondina, presents Alfabeto, a camouflage project for Expo Milano 2015, in collaboration with Triennale di Milano, for the ticket offices. Cut-out silhouettes inspired by the Expo logo, transforming letters and numbers into symbols associated with the elementary forms of circles, squares, triangles and rectangles.

A sort of invented alphabet, a bit archaic and mysterious, but also colorful and decorative, that expresses the multiplicity of peoples, languages and cultures participating at Expo. A universal language, timeless, created to welcome visitors from around the world.

The forms are engraved on crafted panels based on concrete and wood fiber, covering and changing the look of three groups of prefabricated containers that function as the box offices and accesses to the Expo site.

The project by Marco Zanuso Jr, Giuseppe Raboni and Francesco Dondina wants to combine aesthetic impact and functional quality: each profile is cut out at the position of one ticket desk, and has been designed to guarantee maximum practicality for both the public and the ticket staff. Above the windows, display show service information.