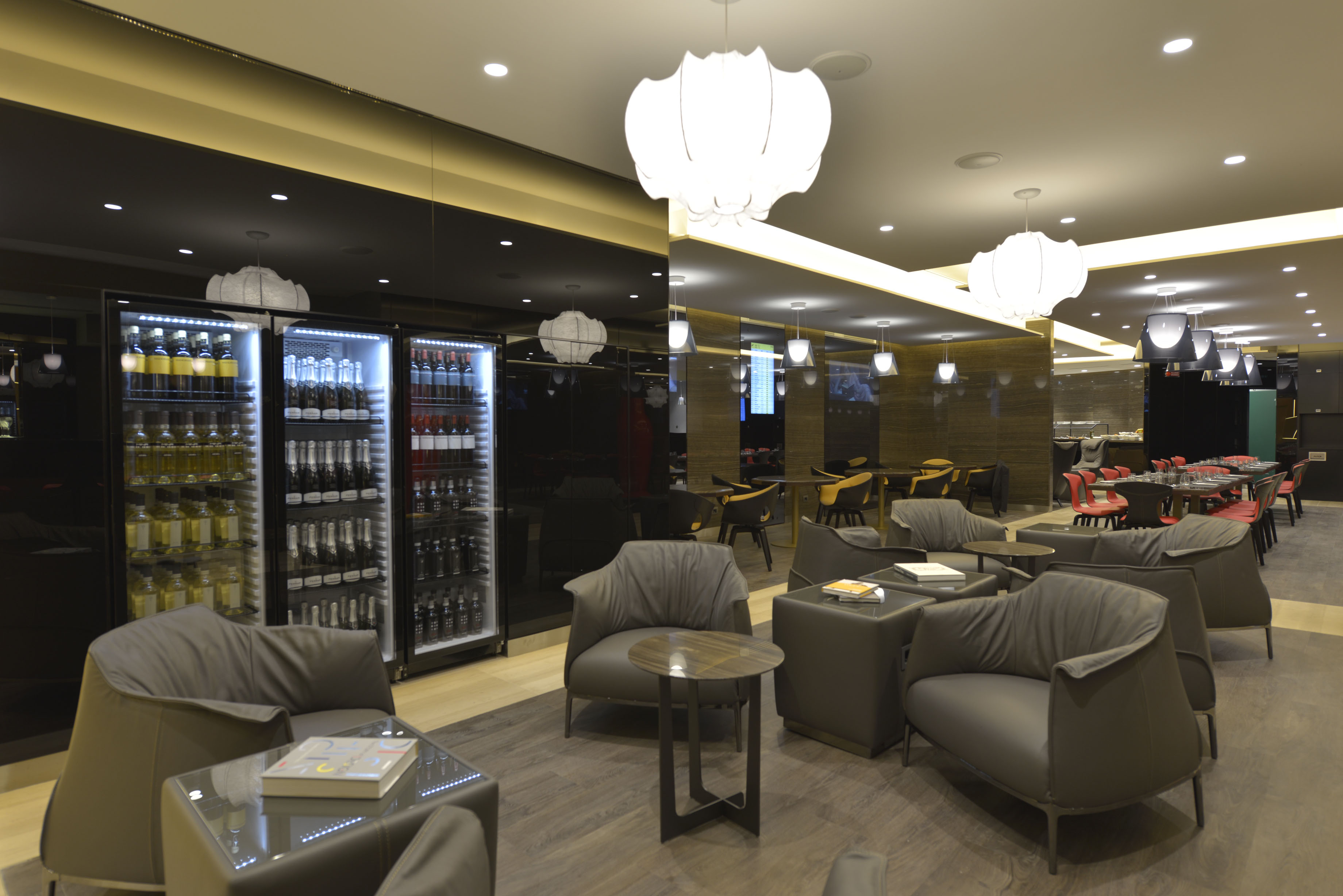 Martini Light has been chosen by Studio Marco Piva and Alitalia to light the new Casa Alitalia lounge at Fiumicino Airport in Rome.

The area has been renovated in terms of style to represent a new concept of hospitality, excellence and Made in Italy, including an exclusive live cooking service. The concept has been interpreted by Marco Piva in collaboration with the architect Marco Colonelli.

Casa Alitalia has been designed with the idea of creating a more domestic than public place. The interior spaces (reception area, relaxation and conversation zones, refreshment and dining areas) have been developed to be as similar as possible to those of a private home.

The entrance door of the lounge, like the large doors of an Italian palazzo, acts as a separation element between the chaotic atmosphere of the airport and the comfort of Alitalia.