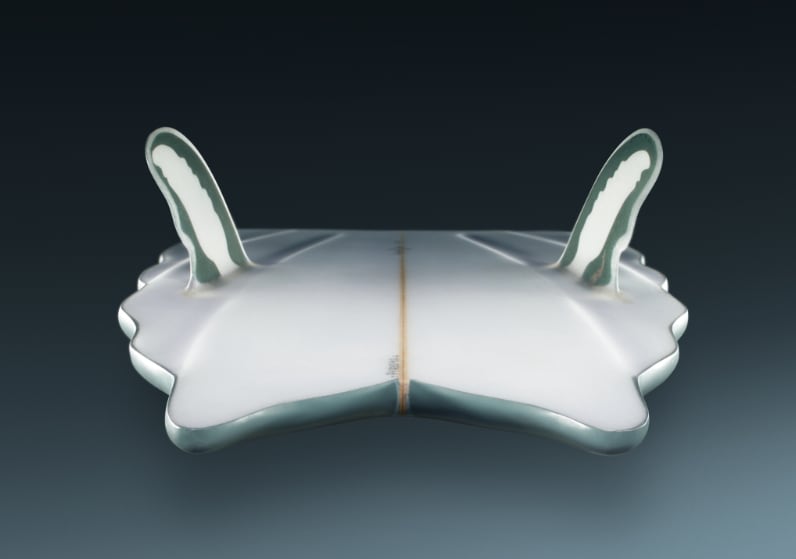 The Balena® by Davide Colombo has nothing to do with other surfboard. It isn’t a Fish or an Egg or a Funboard, but something new and different that gets its inspiration from the designer’s obsession with whales, which began in French Polynesia, when he had a chance to swim in the ocean with a humpback whale and her calf.

From Jonah to the Old Testament to Pinocchio, all the way to Moby Dick by Herman Melville: the whale is a widespread presence in the human imaginary, a religious metaphor, a mythological force.

A surfboard of limited size but with easy takeoff due to the length and central volume; the fishtail, swingers and channels based on the caudal fin shape of the whale make the surfboard easy to control on turns, while the nose with its two small lateral hollows offers greater stability and easy movement.