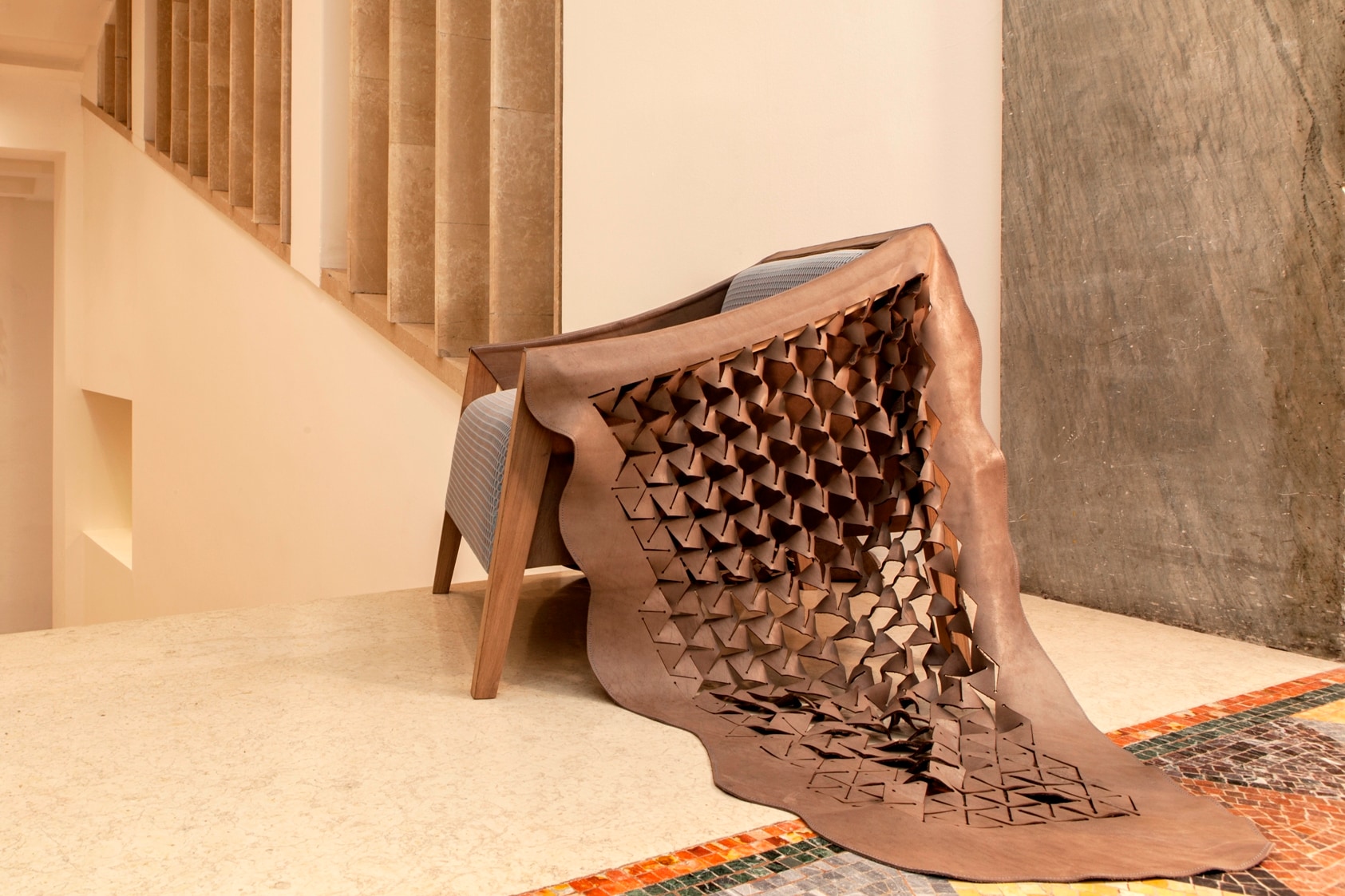 For the 21st Milan Triennale, the exhibition Memobilia represents a point of connection between craftsmanship and technology. Presented by the Caravan design collective, the show can be seen at the Palazzo dell’Arte in Milan.

The motivation is the desire to revive unfinished classic furniture left over by many manufacturers that due to the crisis have had to stop production.

The collection is composed of furnishings found in the storerooms of workshops that have had to abandon their know-how; these craft pieces have been reinterpreted by a group of designers through the use of contemporary technologies.

The collection consists of five pieces, including Poltrada, a seat that has been partially covered with three-dimensional fabrics by Gaetano Rossini, an excellence of textiles Made in Italy based in Costa Masnaga, near Lecco.

Caravan, selected for the Call Over 35 of the 21st Milan Triennale, has produced Memobilia to suggest a new relationship between industry and handicrafts, convinced that it can be an opportunity for innovation in this sector.