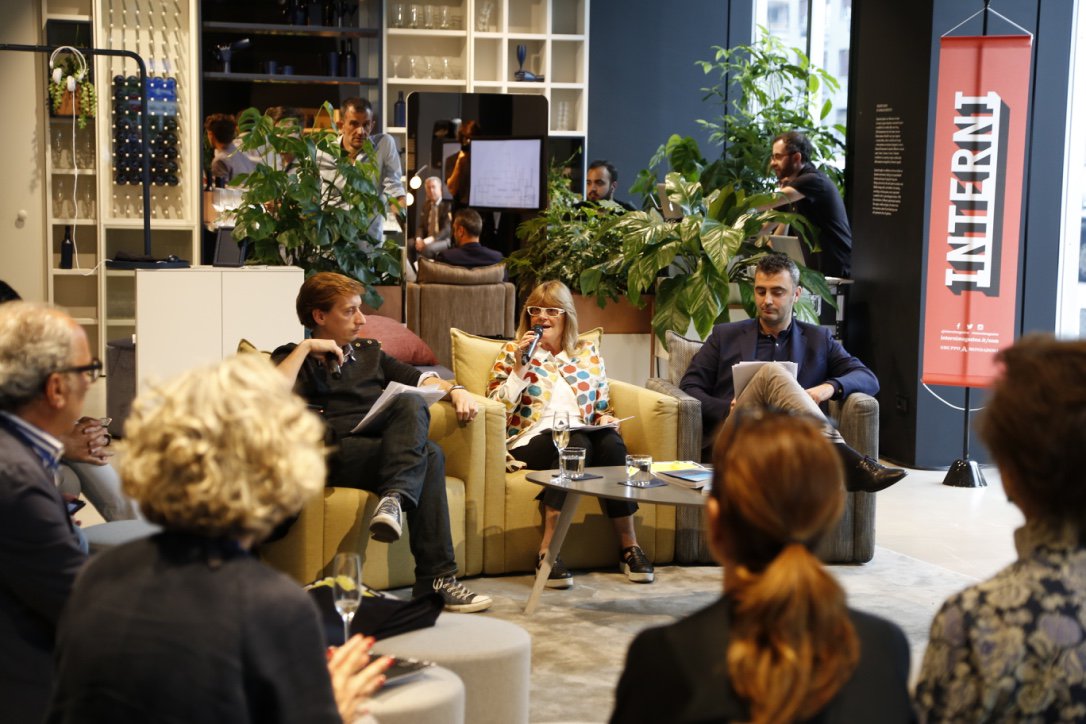 Modules and Systems. The alphabet of contemporary design

Modules and Systems. The alphabet of contemporary design

The space of the home has been transformed. And if you change the “container,” you also have to change and adjust the “content,” namely modular systems, which become elements to furnish and organize space.

This was the subject of the discussion at the Flagship Store Gioia8 of Novamobili  in Milan yesterday evening between Philippe Nigro, designer for the Venetian company of the Archives project presented at the last Salone del Mobile, Gilda Bojardi, editor of Interni, and Christian Giomo, marketing manager of the Battistella Group.

Starting with some of the projects of the young French designer and his collaboration with Novamobili for the Archives project, the focus turned to the changes taking place in the traditional concept of wall systems. “From modular components to equip the wall, wall systems are becoming compositional tools to create self-supporting architectural elements, independent of the overall architecture of the space: rooms, corridors, passages with a precise functional and aesthetic connotation,” said Gilda Bojardi .

Philippe Nigro then narrated the background of the project: “I wanted to create a furnishing element you can physically enter, making the user perceive the ‘inside’ and ‘outside,’ the transition. The result is Archives, a real micro-architecture, micro-rooms to get lost in the space, triggering surprise, curiosity and fun.”

The designer also explained the meaning of the name: “In the concept of the archive, the library, I think there is a positive, poetic emotion. It is true that space changes, we hear more talk about fluid spaces, and technology allows to decrease the amount of paper. But there will always be a need for a place to put newspapers, magazines, folders. In the home and in the office.”

A project in which modular design, depth and color are the strong points, convincing the company from Pieve di Soligo to produce it: “The approach to the details was the meeting point with Philippe,” said Christian Giorno of Novamobili. “The company’s focus is the development of modular systems, a complex process on an industrial level, where technology is critical in terms of quality and market. Philippe has provided an extreme version of the modular system concept, but it can become a prototype, which is now an industrial product. We are working in this direction, to give more personality to our systems.”

Novamobili is a company that always provided solutions, and a system like Archives clearly reflects this approach.