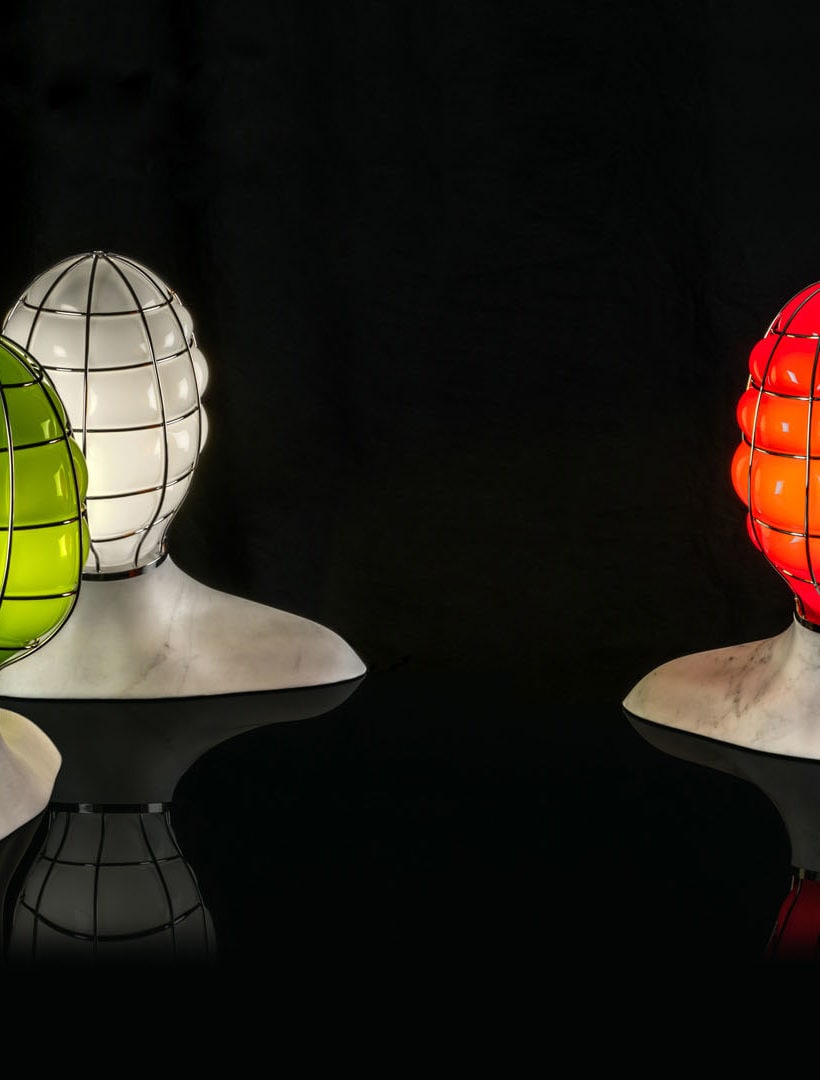 “In 1916, to escape the atrocious madness of the war, a group of young men sought refuge in the military medical center of Villa Seminario in Ferrara. Their names were: Giorgio de Chirico, Carlo Carrà, Alberto Savinio and Filippo De Pisis. The rejection of reality led to the formulation of an alternative reality they called Metafisica. A world made of muses and enigmas, disquiet and enchantment.”

The work Muse is dedicated to those young artists and the current that contributed to the formation of the avant-gardes of the early 1900s. It has been produced in the glassworks of Venini through the collaboration of Fabio Novembre with the master craftsmen of the venerable company from Murano.

Muse is a collection of luminous sculptures that links back to the Metaphysical poetics. As for De Chirico, for Novembre the dressmaker’s dummy, cold, rigid, impassive, takes the place of an apparently inexpressive human being. Nevertheless, with its poses and its role in space, the mannequin transmits moods of disquiet and solitude, also through color. The resulting artistic object is enigmatic, silent, strangely evocative.

The opaline glass is blown by the master glassmakers of Venini into a reticular metal structure as in the tradition of the Venetian lantern: the controlled energy and precise craftsmanship narrate the capacity of glass to spread in spite of the presence of a rigid matrix.

Presented in three colors – grass, milk and red – like those of the Italian flag, the Muse collection is a limited edition of just nine pieces per color.

The base of the head is in white Carrara marble.