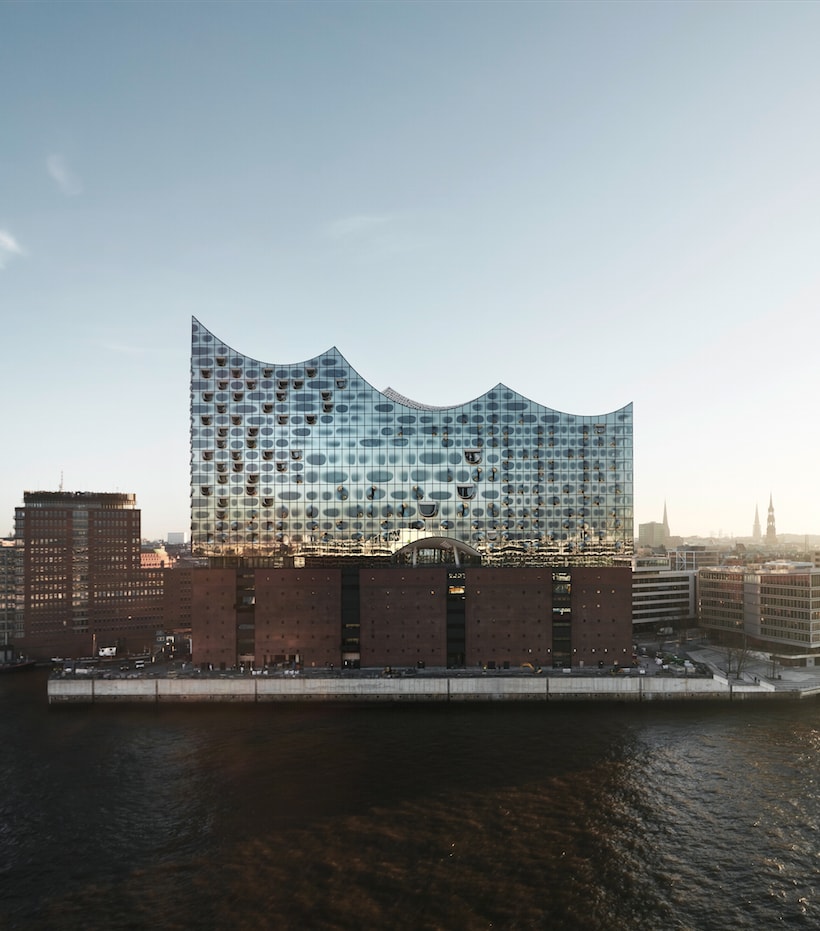 In the temple of music

In the temple of music

Elbphilharmonie, the temple of music that stands against the backdrop of the port of Hamburg, is a project by the studio Herzog & de Meuron.

Its base is an old warehouse in red brick from the 1960s, topped by a gleaming white upper structure. Seen from the west, the building seems slender, almost fragile, far from monumental in spite of its height of 110 meters. From the east the image changes and the building looks lower and wider, resting on its base.

The shaped roof adds a sense of movement to the linear facade, in which glass rectangles reflect the sky.

The gigantic main hall, with 2150 seats, reveals the basic idea of the project: to generate union and interaction. The interior is like a panorama of caverns hollowed out by centuries of currents. There is no separation between front and back, as in a typical concert hall: the orchestra is surrounded by the audience. The sound spreads in the hall, enveloping the listeners in a uniform way.

The restrooms feature the Scola washstand by Duravit, which combines classic design with modern characteristics. The Sundeck minipool has been installed in the wellness zone of the Westin Hotel, offering a chance to relax before or after concerts.