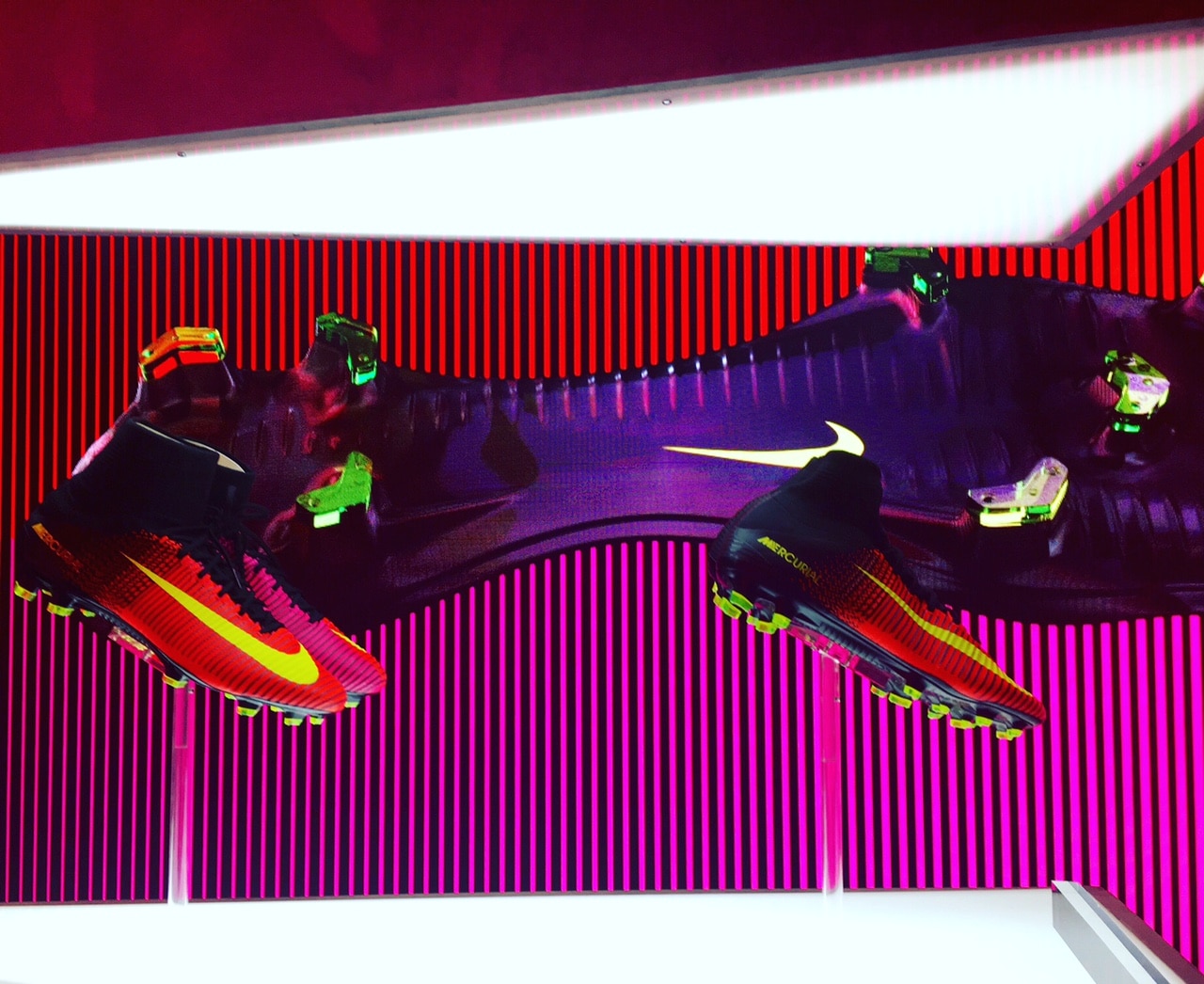 Since its debut in 1998 the Mercurial model has been a standout for its innovative design based on running shoes for sprinters, created to generate maximum speed.

The term Mercurial itself means unpredictable, and the players who were the muses for the invention of this footwear are famous for their unpredictable shifts of speed.

Over the years Mercurial has evolved, getting even lighter and faster.

Nike pays tribute to Mercurial in Milan with the space The Science of Speed, presenting initiatives that offer a glimpse of the various phases of manufacture of the boot in a special area that recreates the workshop in Montebelluna (TV) where the Mercurials of Nike champions are made.

“Our approach to the new Mercurial was to challenge all the premises regarding speed, putting science and design together to build the world’s fastest football boot,” says Nike Football Design Lead Jeongwoo Lee. “We have designed the shoe in synergy, in an interdisciplinary way, to make it a true speed system, where all the materials interact to produce the most efficient possible package.”

Lee and his team have worked with the Nike Innovation Kitchen, the Nike Sport Research Lab (NSRL) and the Nike experts on track and field. “The first opportunity for advancement we found was that of better incorporation of the shape of the foot for a truly personalized fit,” Lee continues.

The new anatomical plate by Nike maps the natural contours of the foot, eliminating the space that existed below the foot. “The contoured plate provides a more natural fit, letting the foot nestle inside it,” Lee says.

Nike has also been successful in making a technical frame with a single layer for the new plate of the Mercurial sole, reducing weight by 40% with respect to the carbon fiber plate it replaces, while also making it stronger and more responsive.

To develop a better braking system for the Mercurial, the Nike design team tested a wide range of spikes, blades and other forms, applying them with different traction models.

Speed and playing style are also factors behind the Nike Flyknit upper, designed to improve the interaction between the shoe and the ball at high speeds.

For the first time Nike has used mapping of the pattern, based on data, to create a 3D Flyknit weave with aerodynamic speed ribs. The relief surfaces guarantee friction between the upper and the ball. “Previously the Mercurial had a uniform surface on the upper,” Lee says. “We analyzed how speed-orientated players tend to dribble with the lateral side as they sprint, switching to the instep of the medial side for shooting, and adjusted the speed ribs accordingly.”

The aerodynamic ribs have a thickness of 1 millimeter at the base, increasing to 2.5 at the forefoot. In motion, the speed ribs also provide a bit of a color shift.

“The new Mercurial marks a significant advancement in this boot’s proud history,” Lee concludes. “It’s lighter, stronger, backed by science and built to work with the foot for speed in all conditions.”

The new Mercurial Superfly and Mercurial Vapor models will be available starting on 2 June at Nike.com.