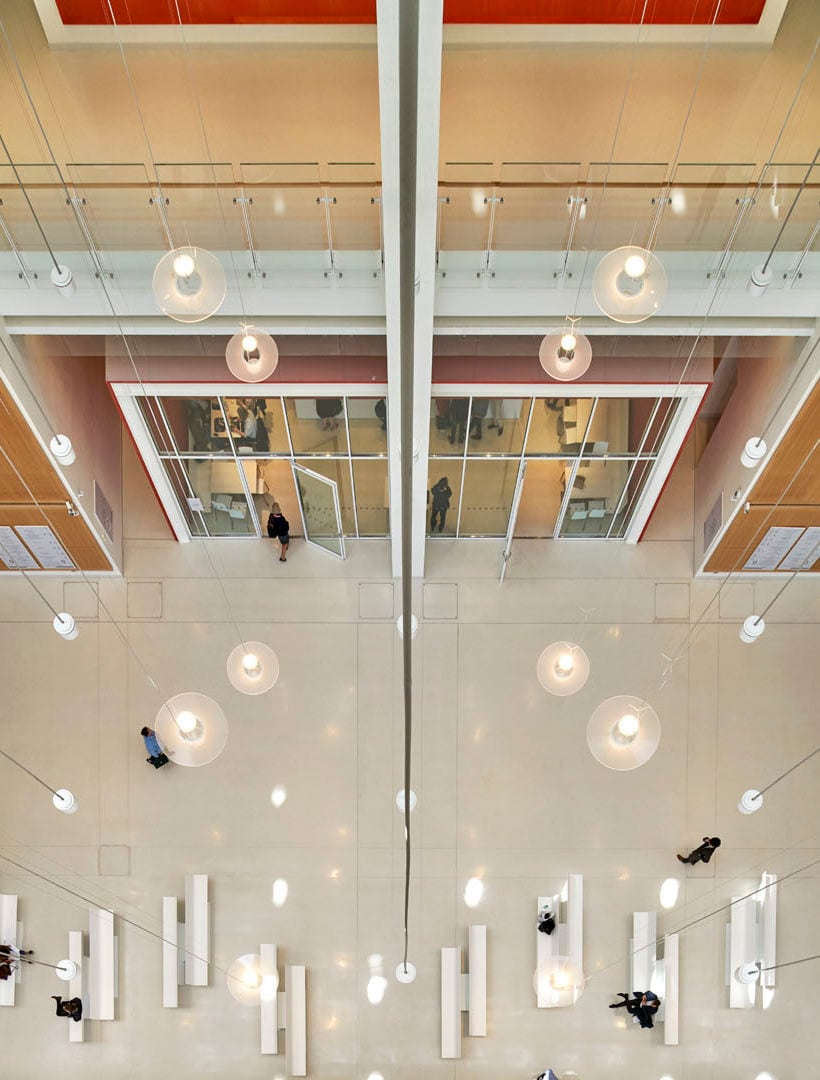 The Paris Courthouse, with architectural design by Renzo Piano and technical lighting by the studio Cosil Peutz, implemented with iGuzzini solutions

The Paris Courthouse is the result of an architectural project by Renzo Piano and technical lighting design by the studio Cosil Peutz, implemented thanks to the use of solutions by iGuzzini.

Starting with a competition launched in 2010 with the aim of creating the new courthouse of Paris, the selected project was that of the Renzo Piano Building Workshop, which suggested a solution that differed from what had been requested by the French government, which wanted two separate buildings: the first for public functions, such as the courtrooms, and the second for offices. The key idea of the project by Renzo Piano joins all these spaces, instead, inside a single large building whose proportions make it become a starting point for the regeneration of the entire area around the Porte de Clichy. 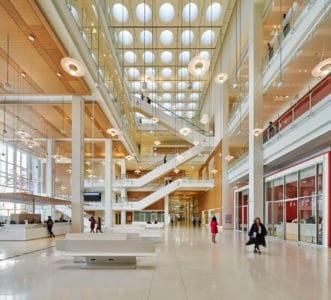 The building has remarkable numbers: a height of 160 meters, an internal area of about 110,000 square meters, and the possibility of welcoming up to 8800 persons per day.

The lobby, with a height of 28 meters, is flooded with natural light that enters through the entirely glazed facades and skylights. At night it is lit by suspension fixtures created for the occasion by iGuzzini.

The product has been developed to supply remarkable amounts of light in the evening, inserting its forceful theatrical presence inside this very large space.

The perception of a space pervaded by light is also connected to the choice of the furnishings, made in pale wood with neutral hues.

With floors and paneling in evaporated beech, almost all the courtrooms benefit from the daylight that enters through the facades, and are brightened in the evening with the same type of diffused and homogeneous light, provided by the Front Light spots and the Reflex built-in fixtures by iGuzzini.

After in-depth study, for the outdoor spaces at various heights the choice has gone to the Maxiwoody spotlights and the iWay bollards. 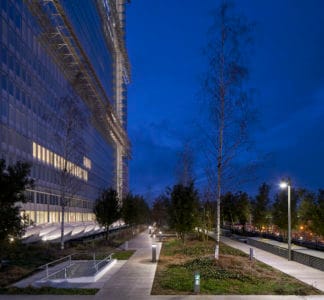 The energy performance of the whole building complies with the objectives of the Paris Climate Plan and the requirements of the regulations of 2012.

Energy production relies on photovoltaic panels that cover the eastern and western facades.