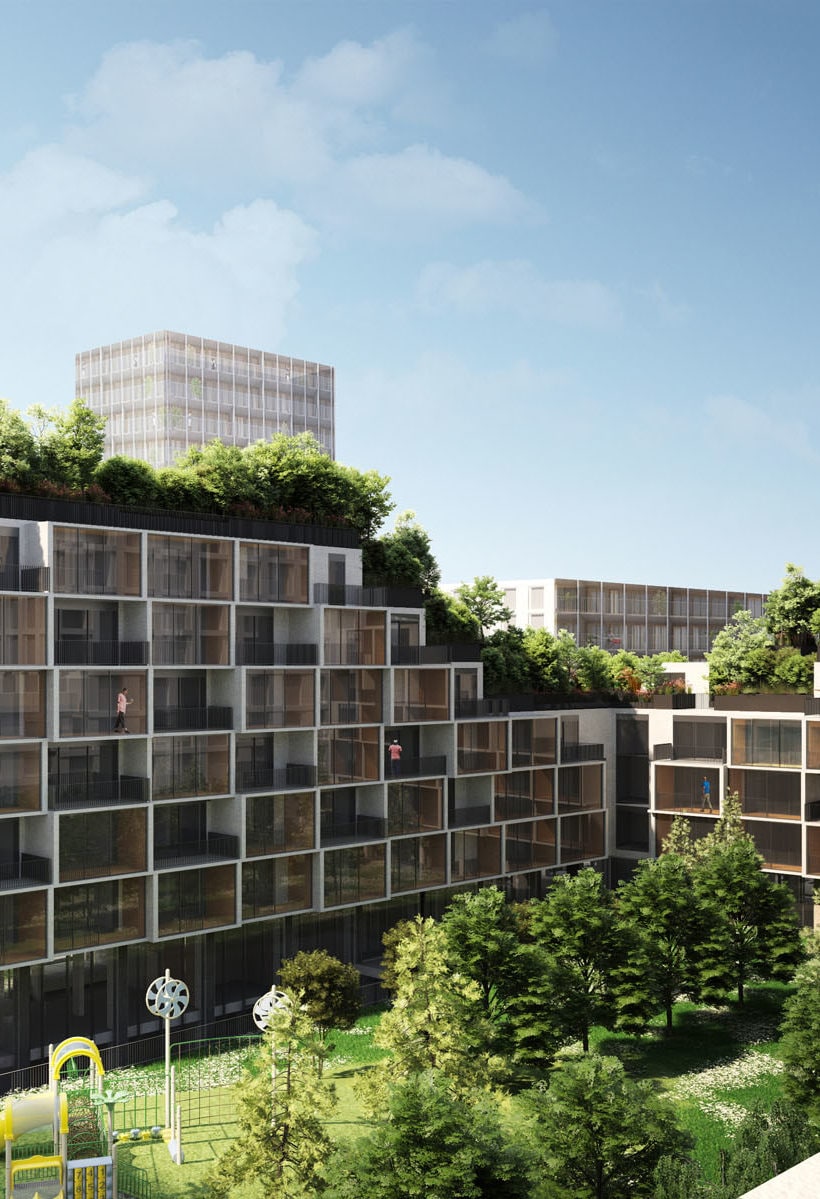 Stefano Boeri Architetti signs its first project in Belgium: Palazzo Verde will be the new landmark of Nieuw Zuid in Antwerp, whose development plan calls for 60% of the area – 12 hectares – to be set aside for greenery.

It will be Belgium’s most ecological building, with a semi-public garden at street level and three large terraces design to host roof gardens. Palazzo Verde will also contribute to fight pollution by absorbing 5.5 tons of CO2 per year.

“We thought that at the center of the Nieuw Zuid district it was important to have a green island, which in the courtyard for public use and the roof gardens would contain a large number of trees and shrubs, bringing oxygen into the city. We are pleased with this first project of ours in Belgium, which also demonstrates that a small residential building can offer its inhabitants and local residents unexpected quality of green spaces and social activities,” says Stefano Boeri.

The building is inserted in a central lot of the masterplan prepared by Bernardo Secchi and Paola Viganò, where its L-shaped footprint closes the side of the block towards the Scheldt River and embraces a semi-private courtyard with a garden by the Belgian landscape designer Bas Smets, who has also done the landscape plan for the entire area.

The sloping shape of the volume offers the possibility of insertion of a small forest that winds over three terraces. The landscape designer and agronomist Laura Gatti has selected native species, working on the concept of woods and underbrush.