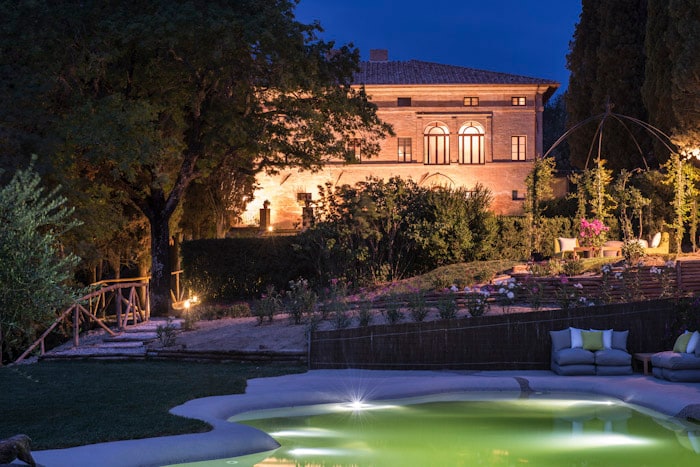 The panorama of the Crete Senesi forms the setting for Villa Armena, a late Renaissance building that has become a Luxury Resort thanks to the restoration project done by EAE Studio.

Enhanced by the facade designed by the Italian Renaissance architect Baldassarre Peruzzi, from Siena, Villa Armena has an area of 1200 m2 on three levels.

The project has been guided by the intention of granting continuity to the past: a major initiative of structural reinforcement and restoration, starting from the insertion of new foundations.

The result is a villa in which the original parts have been conserved, like the 17th-century floors, the travertine staircase and the walls of the restaurant. In particular, the bricks used to reconstruct the villa are original pieces dating back to the 1500s.

The interior design, also by EAE Studio, has been developed to create an eclectic setting, a house of wonders where the rustic material of the facings forms a contrast with the precious luxury of the furnishings.