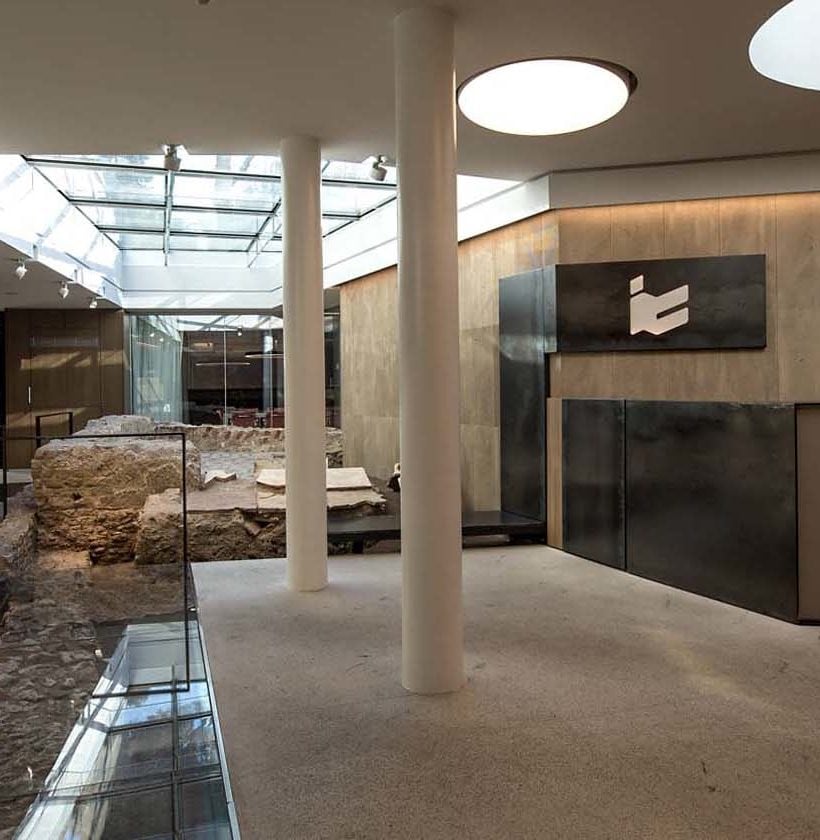 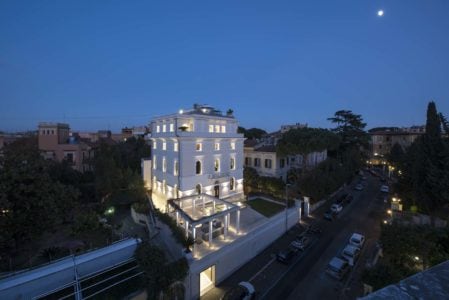 In a small villa from the early 1900s in the Nomentano district, the Rome-based studio Westway Architects has designed a project of renovation in which contemporary architecture safeguards and reinterprets that of the past, adapting the building to a new function as the headquarters of Italiana Costruzioni.

A process of subtraction of volumes has brought the villa back to its original size. The archaeological remains of a Roman domus rediscovered on the site have been incorporated in the new design, and can be seen on the ground floor. Two new structures have been built, one at the front and the other at the back, separated from the building by skylights, making it possible to see the villa from all sides without altering its original volume.

The enclosure of the villa has been conserved intact, and the perimeter walls have been reinforced. Inside, the house has been emptied of the load-bearing members, and the floor slabs have been rearranged. The new internal layout required the making of a new staircase, detached from the perimeter wall so as to conserve the volume, starting from which the accessways and connections of the offices have been reorganized. 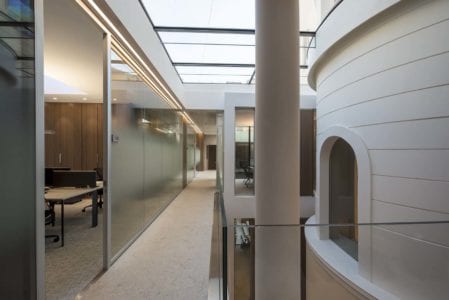 The key elements in the project are light and transparency. All the workspaces are filled with natural light, which crosses the special openings made in the divider wardrobes to reach the corridors. The glass floors provide a view of the ancient foundations, and the skylight with glass beams brings luminosity down into the ruins of the domus.

The wooden wardrobes, used as dividers, lighten up the walls, taking the place of the original load-bearing structures, while providing visual continuity for the surfaces of the furnishings, and also containing the physical plant systems. 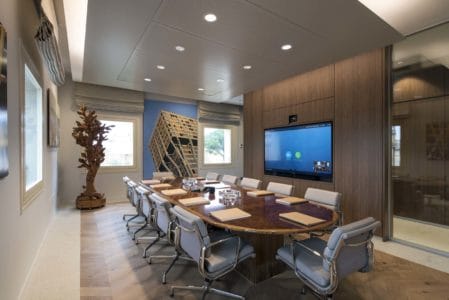 The choice of materials indicates the functional areas: pale granite brings light to the common areas with its decisive materic presence, while the carpeting, chromatically in tune with the granite, also plays a sound-absorbing role in the more private areas. In the reception area iron indicates an ideal temporal path inside the project: in the flooring it surrounds the historic mosaic, defining its perimeter, framing the walls of the domus and terminating at the counter, a feature of contemporary design.