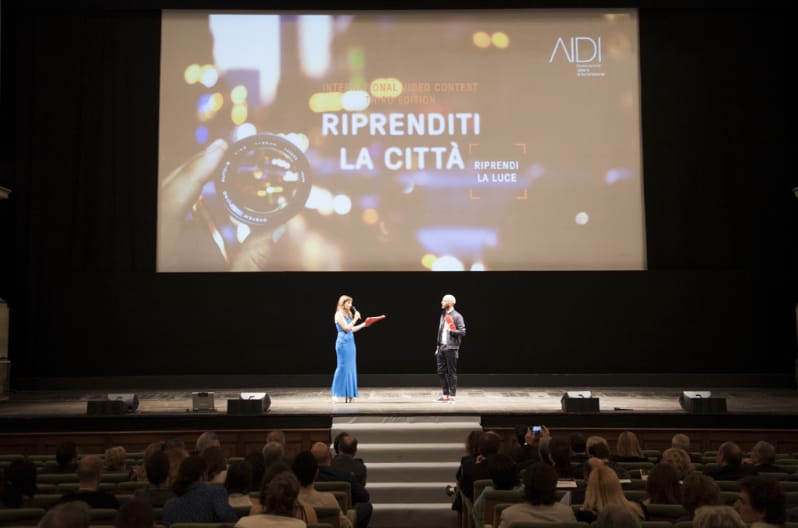 The third edition of the international video competition organized by AIDI has come to an end. 140 videos narrate how young people look at light

The stage of Teatro Comunale in Bologna was the setting for the prize ceremony, with the ten winners of the third edition of the international video competition Riprenditi la città, Riprendi la luce, the review of short films organized and promoted by AIDI (Associazione Italiana di Illuminazione).

Once again this year, the protagonists of the competition were light and young people under 30, while 60-second videos were the tools through which to narrate light and the city in three different ways, submitting films in three categories: Light and places, Light and words, Light and environment.

Many young people responded to the call with great enthusiasm: 140 videos and over 140,000 views on the YouTube channel in this third edition of the competition.

The videos and the names of the ten winners of the third edition can be seen at:

“Riprenditi la città, riprendi la luce” also becomes a festival, with all the winning films of the three editions of the AIDI competition. Until 12 September 2016 it will be possible to see the films at the Fabbrica del Vapore as part of the 21st Milan Triennale (XXI Esposizione Internazionale della Triennale di Milano).