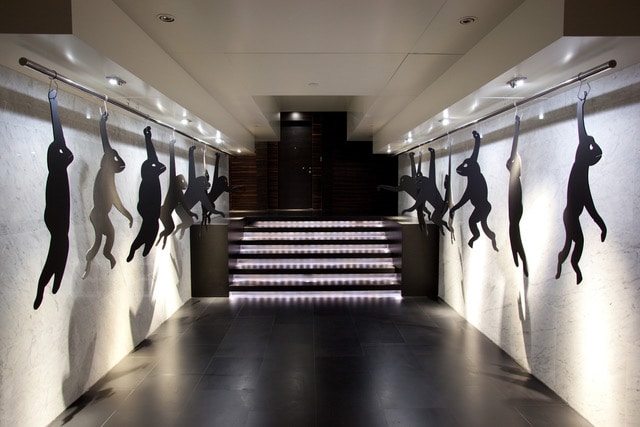 The glass and steel five-star Romeo Hotel, in the former Palazzo Lauro facing the sea, contains a permanent art collection in its ten floors of steel and glass.

The architectural refurbishing done by the prestigious Japanese firm of Kenzo Tange & Associates accentuates a modern character and generates dialogue with the surrounding landscape, still in ongoing evolution: the glass represents the transparency of the sea, while the curved lines suggest waves. The lack of visual barriers triggers the sensation of standing on the deck of a ship.

The eclectic interiors feature harmonious contrasts: Japanese rigor and Neapolitan verve, the modernity of the structure and the connection to the territory, works by Neapolitan artists and fine antiques.

In the halls, the restaurants, the spa and the rooms, visitors can enjoy site-specific murals by Francesco Clemente, works by Jodice, Fermariello and Esposito, but also Paladino, Guttuso and Schifano, alongside collections of Japanese armor from the 17th century, Louis XIV consoles, armchairs by Mendini, tables by Spazzapan and collections of antique ceramics by Hermes.