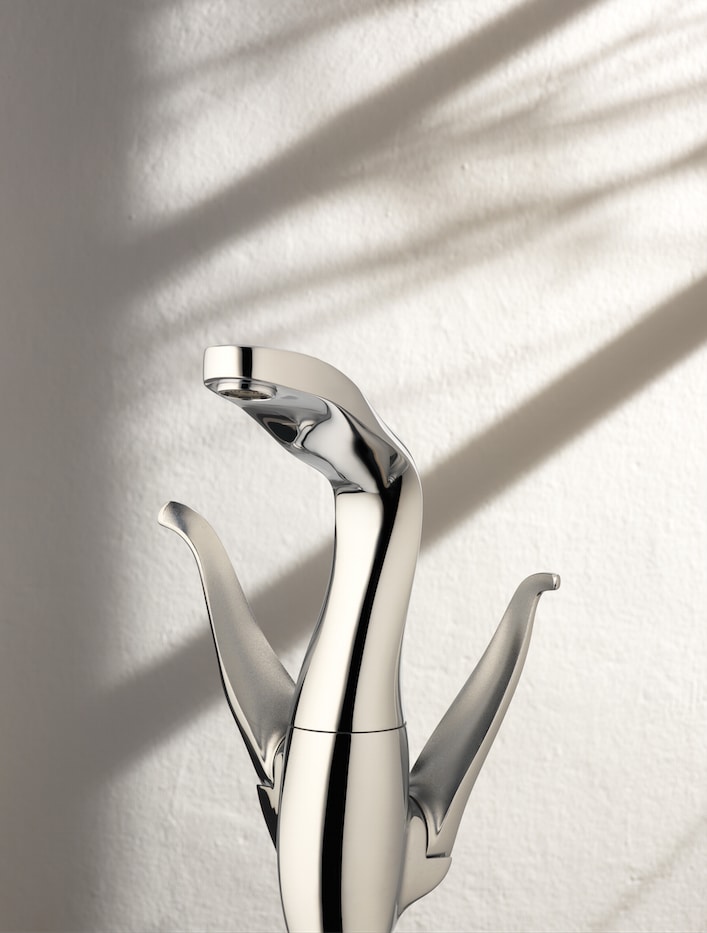 Internationally acclaimed for his ability to transform traditional objects into surprising presences in the domestic landscape, Mario Trimarchi has used organic forms, based on the elegance of the swan, for a sculptural faucet that varies its image depending on the vantage point of the observer, with a focus on water consumption in the kitchen, the true protagonist space of today’s home.

Trimarchi has transformed an industrial object with very high standards of quality and performance into a story, a new dialogue with one of the most common everyday gestures.

The Alessi Swan faucet is the first result of the collaboration between the Italian company and Hansa, the German manufacturer of reference in the field of faucets for the home.

From a functional standpoint, Alessi Swan represents a very advanced solution. The faucet with maximum flow of 12 liters per minute offers perfect control of water use. Temperature is regulated by an LED that turns on at a level of 32°, lighting the inner part of the embossed lever in red. A press pad that guarantees flow of 5 liters per minute permits remote opening to facilitate use when the hands are already busy with other things.

In the complete version the faucet has a brush for washing dishes, which closes the flow automatically when replaced in its housing.